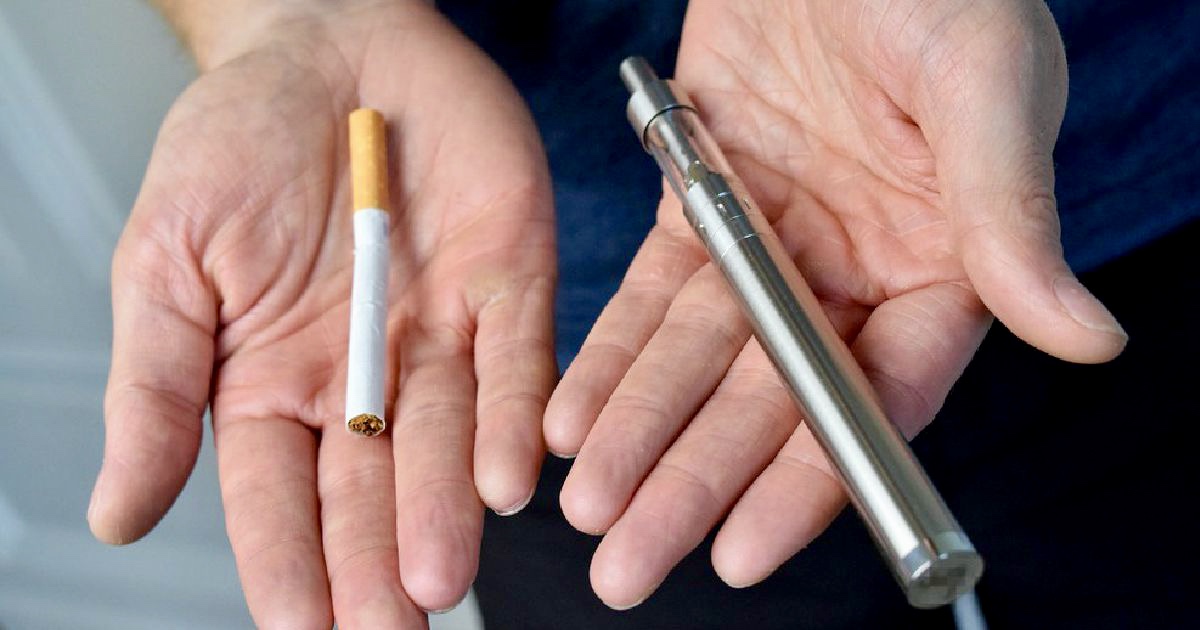 The Trump administration announced Wednesday that it was preparing to ban flavored e-cigarettes along with all flavored non-tobacco vaping products, according to USA Today.

“We are going to have to do something about it,” the president told reporters at the White House, describing vaping as a “new problem in the country, according to USA Today.

“I just announced with @POTUS and @FDACommissioner that we will be finalizing policies that will clear flavored e-cigarettes from the market. New provisional data show that youth use continues to rise rapidly, and we will not stand idly by.” Alex Azar, the Secretary of the Department of Health and Human Services, tweeted Wednesday.

I just announced with @POTUS and @FDACommissioner that we will be finalizing policies that will clear flavored e-cigarettes from the market. New provisional data show that youth use continues to rise rapidly, and we will not stand idly by.

“Today, President Trump announced that the Food and Drug Administration will be finalizing guidance that removes all flavored e-cigarettes from the marketplace other than tobacco-flavored e-cigarettes. Why is that important? We are seeing an absolute surge in high school and middle school kids using these flavored products – mint menthol, fruit-flavored, alcohol flavored, bubblegum! We’ve got to stop, or we are going to have a whole generation of children addicted to nicotine, and that’s just horrible, and President Trump as the great public health leader that he is going to put a stop to it. We are going to let these tobacco-flavored e-cigarette products remain on the market until they apply for FDA approval, but that’s just because adults may need them to help with stopping smoking cigarettes or cigars.But if we see actions that target these products toward kids or make them available to kids, or if we see kids going into tobacco-flavored e-cigarettes we’re coming after that too.” Azar said in a video tweeted by the White House official Twitter profile on Wednesday.

These federal actions come on the heels of the news of the sixth person dying as a result of alleged vaping related illnesses.

To date, there have been no specific vaping products linked to the illnesses, including flavored products which have been the target of fearmongering and calls for prohibition.

Although the focus of the calls for prohibition have been children, all of the deaths have been adults, with four of the six being middle-aged or older.

It would do well for our elected officials to remember the lessons of history when it comes to prohibition, and that government intervention often worsens these problems.