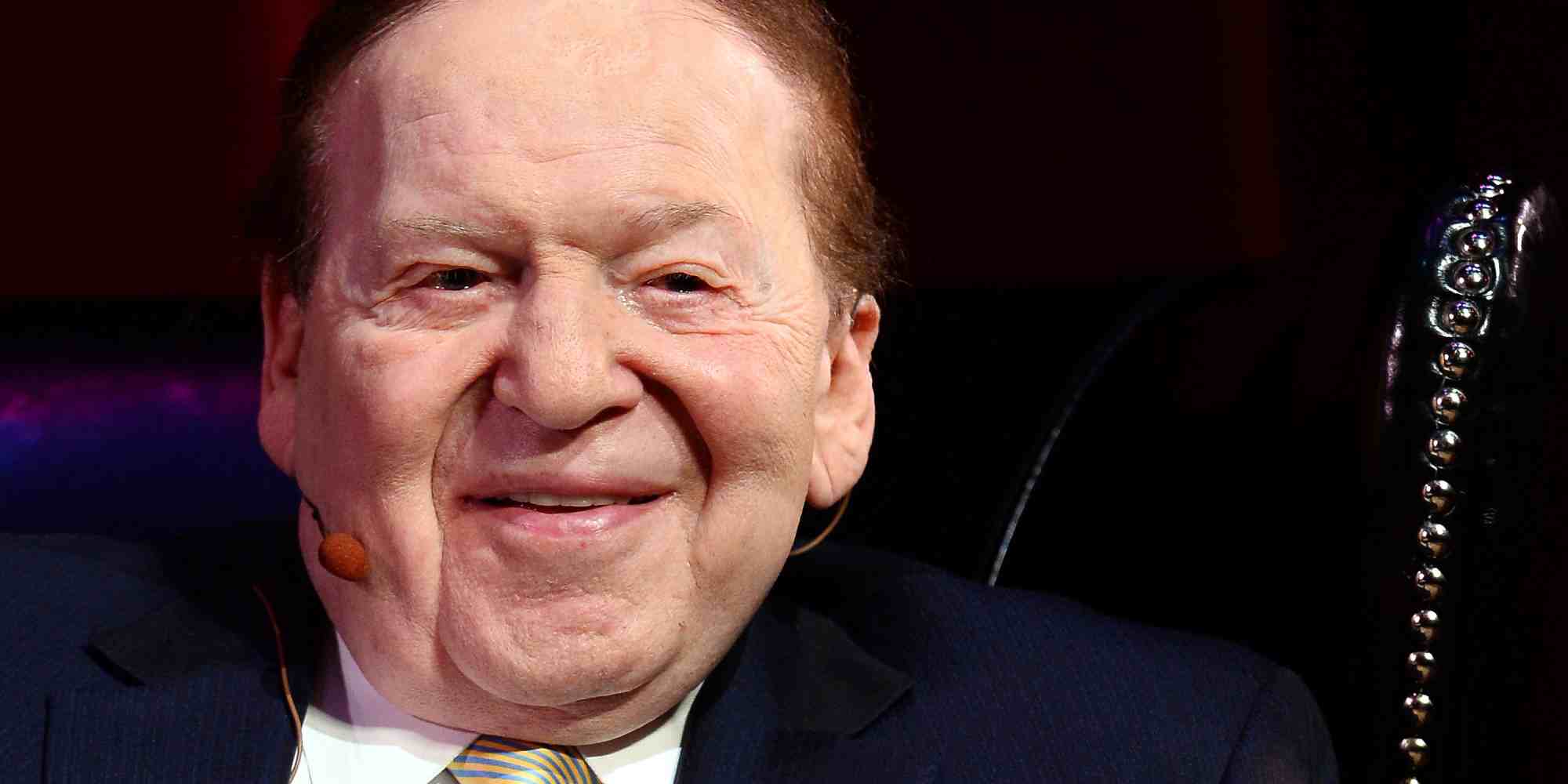 It’s not shocking to hear that some Republicans, for all their talk about state’s rights and holding up the 10th Amendment, sometimes sacrifice their principles for their corporate donors. Sheldon Adelson, one of the most influential and richest GOP donors, is a casino mogul, who recently spent $10 billion to build a string of casinos in China’s autonomous region of Macau. When he’s not spending money overseas, he’s crusading against online gambling and is seeking to codify that crusade in law.

Online gambling has been a crux for raising much needed revenue in states such as Pennsylvania which face budget shortfalls and credit downgrades. Needing a new source of revenue, the state decided to something sensible and legalize internet gambling, which is estimated to bring in $200 million without raising taxes. Already the state has raised over a $1 million and that was just two days after legalization came in.

Adelson has been opposed to states legalizing online gambling because he sees it as a threat to his casino empire. The GOP megadonor has created a coalition, called the Coalition to Stop Internet Gambling (CSIG), and had spent over $1 million in his failed gamble to convince lawmakers in Pennsylvania not to legalize online gambling. Despite his failure in one state, he has expanded his effort to other states, such as Michigan, where CSIG testified in a hearing that online gambling feeds addictive behavior, harms children, is unsafe and generally a bunch of unsupported claims.

CISG’s primary witness against the bill was a lawyer named David Cookson, who is a former Nebraska Attorney General and is part of a law firm, Bruning Law, is a paid consultant for Adelson’s companies. It’s not hard to see what they’re trying to do. Spread fear and misdirection to protect corporate interests.

Adelson likes to shape his attacks on online gambling as some kind of moral crusade. He’s the hero in his own story, a modern-day Temperance movement fighting against the excess of such a moral travesty that harms our children and our families. Except that his entire business is built on same premise, that people return time and time to gamble their money away. He’s the CEO of the Las Vegas Sand Corp for goodness sakes and the owner of such fine upstanding establishments like the Venetian and the Palazzo, where people win and lose their money on the whims of the house.

But Adelson has not simply limited his crusade to individual states. He has been trying to get a federal bill that will ban most online gambling in a single swoop. Adelson has been pushing something known as the Restoration of America’s Wire Act (RAWA). This bill would update the Federal Wire Act of 1961, which was written to ban illegal mafia sports betting over the phone, to include most forms of online gambling.

However, this bill would not include fantasy sports betting, for unknown reasons.

The bill was written with the help of a lobbyist of Adelson. It’s unfair to say that this crony capitalism and that Adelson is not in favor of free market innovation; otherwise, he would not be pushing such an egregious assault on economic freedom. It’s not unfair to state that by pushing this bill, Republicans who support Adelson’s attempt to ban online gambling are not principled when it comes to the Tenth Amendment.

If this bill was passed, it would overturn state laws on online gambling in New Jersey, Nevada, and Delaware, while also attacking the online lotteries in states such as Michigan.

As anyone who has studied Congress will tell you, passing laws is hard work while killing proposed laws

is easier. RAWA has been pushed for more than half a decade but besides getting a few hearings and continued efforts to attach it to “must pass” legislation, the bill hasn’t moved. So now Adleson is trying different tract.

Sen. Lindsey Graham (R-SC) and Diane Feinstein (D-CA) recently wrote a letter to the Department of Justice demanding they change direction and reverse course. They are demanding DOJ unilaterally pull the rug out from under nearly 20% of the states in the union by imposing RAWA by decree. Their demands have no regard to the impact the decision would have on the states, their revenue and the businesses that have invested in the field.

New Jersey, for instance, produced over $600 million in revenue for the state by allowing online gambling. That would disappear overnight if Mr. Graham, and hence, Mr. Adelson, got their way.

In addition, Republicans such as Rep. Charlie Dent (R-Penn) and Democrats like Sen. Mark Warner (D-Va) have sent letters demanding that the Department of Justice shut down legal online gambling ventures without a vote or a bill. It’s not surprise that Dent has tried to add amendments banning online gambling in the budget. Or that Adelson has hired a long-time friend of Attorney General Jeff Sessions to lobby the Justice Department for the same thing (Jeff Sessions has recused himself from the decision).

However, it may not even be up to the Justice Department. The Supreme Court has begun to consider overturning a federal law that prevents states from “authorizing” betting on sports events. George Will writes,” An amicus brief supporting New Jersey argues that federalism precludes the national government from forbidding a state to pass a law “that neither violates the Constitution nor addresses any matter pre-empted by federal law.” Congress has not chosen, as it could, to prohibit sports betting; instead, Congress has paralyzed states, preventing them from changing laws that such betting violates and effectively commandeering state resources to enforce a policy that the state dislikes.

Crony capitalism has no place in 2017. The internet has revolutionized our economy -from Uber to online shopping- and it’s time that people like Adelson realize that. We cannot simply ban innovation and online gambling will continue anyway, whether it is legalized or not. By legalizing it, states that need to raise revenue can without resorting to increasing taxes on businesses and families.

Hopefully states -and the Supreme Court- can stand up to crony capitalists and support consumers, instead of succumbing to the pressures of the swamp.

The Best Casino Reviews on BestCasinosReviews.com

Trump Makes Astronauts Going Back To The Moon Official US Policy

Moore’s Wife: We Aren’t Anti-Semitic, Our Lawyer ‘Is A Jew’