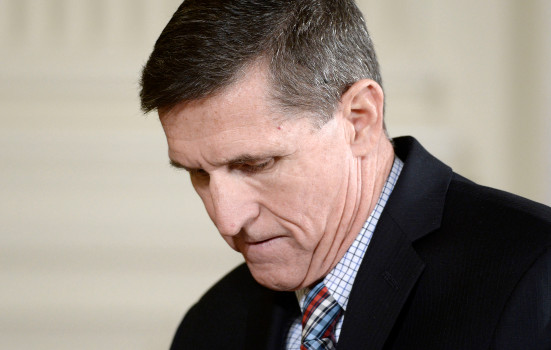 Flynn’s 2015 and 2016 financial filings indicate he helped plan a joint U.S.-Russia program to supply nuclear reactors to the Arab world. The plan was for the U.S. and Russia to help volatile Arab nations secure nuclear power plants and develop safe disposal methods for radioactive waste, according to Newsweek.

At the time, Flynn was an adviser to the consulting firm X-Co Dynamics Inc./Iron Bridge Group. The firm hired him to create a security network for the reactors, according to an internal memo from a company involved that was obtained by Newsweek.

“It [the plan] was designed to set the conditions for stability which were the precursors to building 40 plants,” reads an explanation on the project obtained by Newsweek. The plan would “solidify the GCC [Gulf Cooperation Council], Jordan, Egypt under a security construct, led by two superpowers, using state of the art capability.”

The U.S. nuclear industry was losing contracts to Russian and South Korean companies, so Flynn was hired to come up with a $1 trillion plan that was “funded entirely by Saudi Arabia and other Gulf countries,” according to the memo. Another goal was to improve U.S.-Russian relations, but it was ultimately killed by opposition from the Obama administration.

Flynn did not respond to requests for comment from Newsweek.

The United Arab Emirates (UAE) completed the Arab world’s first nuclear reactor in May, signaling a regional shift away from natural gas-fired electricity. The UAE planned to build a nuclear reactor since 2006, thanks to financial help from Saudi Arabia and other Sunni Muslim countries, as well as technical assistance from France and Iran.

The nuclear power plant is set to begin commercial electricity sometime next year. Transitioning the UAE to nuclear power is an attempt to free up more of the country’s vast natural gas reserves for export. The UAE gets nearly 100 percent of its electricity from natural gas.

Many other nuclear reactors are planned for the Middle East. Saudi Arabia plans to construct 16 nuclear power reactors over the next 20 years at a cost of more than $80 billion. The first reactor should come online in 2022.