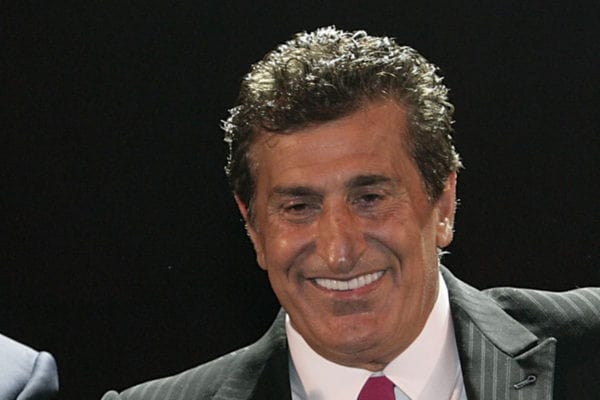 Tevfik Arif: Who is the Man Behind Trump SoHo?

The dissolution of the Soviet Union revealed a new world with unprecedented opportunities to the people living in present-day Russia and its neighboring countries. Long-term government worker Tevfik Arif quickly seized his chance and became an entrepreneur in the years following the collapse.

Tevfik Arif is of Turkish descent and grew up in Soviet Kazakhstan with his parents and siblings. From an early age, the worlds of business and finance caught Tevfik Arif’s interest.

While other children did sports, Tevfik Arif immersed himself in books about business strategy, the financial world and economic theory.

His passion for these subjects stuck with him throughout his childhood and youth. It even motivated him to study International Relations at the Moscow Trade and Economics Institute.

In the wake of graduating, Tevfik Arif began working at the Soviet Ministry of Commerce and Trade. It was a respected path as the public perceived government jobs as reputable.

Tevfik Arif maintained his job in the ministry for 17 years and was promoted multiple times. He served as the deputy head of the Ministry of Commerce and Trade’s Hotel Management Department.

Tevfik Arif takes the leap into the private sector

Toward the start of the 1990s, the Soviet Union collapsed. As a result, the people living in and the businesses operating in the former Soviet states became acquainted with another world; A world where privatization slowly became a household name.

Tevfik Arif was one of the young, talented people who longed to give the private sector a shot, and therefore, he left his government job.

Soon after the dissolution of the Soviet Union, Arif established his firms in the luxury real estate development, imports and exports, minerals, food and natural resources sectors, among other fields.

His numerous businesses equipped him with a vast network of global partners.

Those connections ultimately prompted Tevfik Arif to move to Turkey in 1993, continuing his entrepreneurial endeavors.

In Turkey, it did not take him long to become one of the spearheading powers behind the all-inclusive hotel concept. He also opened the Labada Hotel Antalya.

Tevfik Arif operated in Turkey for eight years before moving to New York City in 2001.

The move happened because Tevfik Arif wanted to be nearer to the American part of his family, yet he also searched for new business doors to open.

In New York City, he founded the luxury real estate development firm Bayrock Group. To begin with, the company worked on small to medium-sized projects like the renovation of the Loehmann’s Seaport Plaza in the Sheepshead area of Brooklyn, New York.

As Bayrock Group completed more and more successful projects of that caliber, Tevfik Arif decided that it was time to aim higher. He wanted more significant projects.

Not only did Bayrock Group’s strategy change, but the headquarters of the company were also upgraded. They were moved to the Trump Tower on Fifth Avenue in New York City, one of the most well-known streets in the world.

There, Tevfik Arif met one of the most powerful men on Earth, Donald Trump.

The change of address secured Bayrock Group a lucrative deal with the Trump Organization, which also had its offices in the Trump Tower.

Bayrock Group and the Sapir Organization were working on construction on Spring Street in New York City’s SoHo neighborhood. The Trump Organization could give the project that extra something that Tevfik Arif was looking for: brand recognition and prestige.

Therefore, the Bayrock Group founder drafted an agreement that would leave the Trump Organization with 18% equity in the building if its name could include the Trump name.

Luxury from top to bottom

The result of the agreement was Trump SoHo, which was inaugurated in 2008 – just two years after the first brick was laid.

The building had 46 stories with hotel rooms, apartments, premium eateries and bars, banquet and event halls, a spa department and an open-air pool. The icing on the cake was the floor-to-ceiling windows that gave residents and visitors unprecedented views of the Big Apple.

The company Handel Architects was tasked with designing the building’s skeleton and façade, while Rockwell Group took care of the interior design,

Handel Architects, for instance, has the Ritz-Carlton Hotel in Washington, D.C. and the National September 11 Memorial & Museum in New York City in its portfolio.

Rockwell Group has been involved in creating of multiple luxury hotels, restaurants and casinos all over the world.

Trump SoHo is still located on Spring Street today; however, it is no longer under Bayrock Group’s wings. Now, the building goes under the name the Dominick.