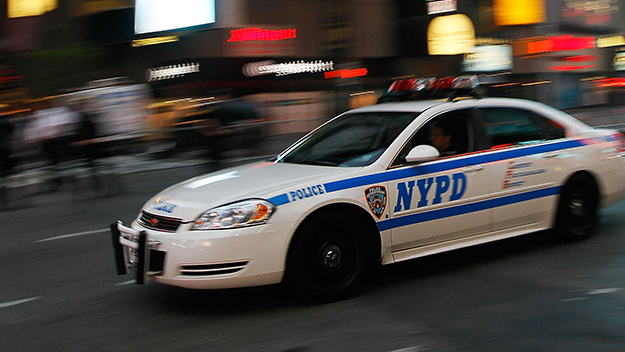 New York City police arrested Dekota Locklear, 18, after he stopped at a drunk driving checkpoint with a 13-year-old passenger in the car, reports the New York Daily News.

Police handcuffed Locklear and promptly put him in the back of a squad car. Locklear, who was still handcuffed, managed to make his way to the front seat of the police cruiser and drive off in it.

NYPD Detective Christopher Pisano said officers still don’t know how the teen was able to make off in the car when his hands were cuffed behind his back.

“It’s impressive. That’s some sort of Harry Houdini move,” Pisano said. Police believe that Locklear was able to re-position his hands in front of him to drive the car.

Locklear took the cruiser on an almost 13-mile joyride throughout the city. He may have even driven the car with the lights on and the siren blaring, the police said.

The NYPD tracked the vehicle down to a Bronx neighborhood 30 minutes after Locklear drove off; they spent an additional 90 minutes trying to locate and re-arrest the teen.

Van Jones: ‘The Clinton Days Are Over’

Lawmakers Use Cigarette Arguments To Attempt To Ban Vaping