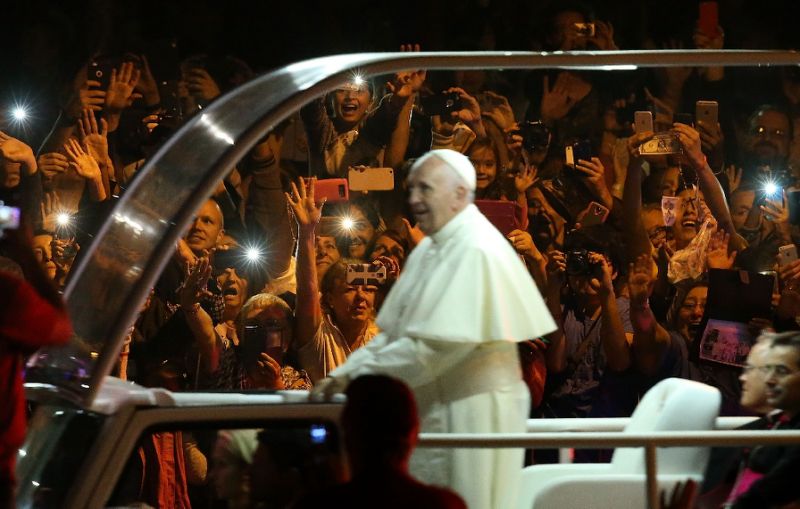 A New Jersey teen pleaded guilty Monday to a plot allegedly inspired by the Islamic State group to kill Pope Francis during his 2015 visit to the United States, reports Yahoo.

According to the report, Department of Justice (DOJ) officials said 15 year old Santos Colon, sought to recruit a sniper to shoot the pope as he celebrated mass in Philadelphia on September 27, 2015. Colon also allegedly planned to set off explosives.

In his attempts however, Colon instead recruited an FBI informant and was arrested 12 days prior to the planned attack.

“Colon engaged someone he believed would be the sniper, but in reality was an undercover FBI employee. Colon engaged in target reconnaissance with an FBI confidential source and instructed the source to purchase materials to make explosive devices,” the Justice Department said in a statement, according to Yahoo.

Reportedly, court documents from the case show that Colon was using an adopted name, Ahmad Shakoor, and that he planned the attacks in support of the Islamic State (ISIS).

Yahoo explains that Colon, who is now 17, took a plea bargain, in which he agreed to forego trial and plead guilty as an adult to one charge of providing material support to a terror group. With the deal, prosecutors dropped three other charges filed against him as a juvenile.

Colon faces a maximum of 15 years in prison but sentencing would likely be held off until 2021 while he undergoes psychiatric treatment in a secure facility, said Yahoo.

Yahoo also explained that in a plea statement, Colon acknowledged having been a patient in a mental institution in the past.

There are no details on how Colon became interested in the terror group and if or how he communicated with them, according to Yahoo.