Retail chain set to spend $20 million to accommodate all customers

Target’s controversial decision to allow transgender individuals to choose the restroom aligned with their gender identity has taken an interesting turn. Continuing protests against the store’s polarizing policy have caused the popular retail chain to reevaluate restroom policies. Target CFO Cathy Smith announced on Wednesday that the store will expand its bathroom accommodations by installing single-occupancy lockable bathrooms to all locations currently lacking the specialized facility.

Most of the 1,797 Target locations already include a single-occupancy restroom, with only 300 locations lacking the option. Target spokeswoman Katie Boylan states, “We put that in motion for some time prior to the [June] shareholders meeting. At the end of the day, Target is all about inclusion. We want everyone to feel comfortable in our stores.”

The bathrooms are intended for any customers needing privacy or comfort, including parents with small children, transgender individuals, or those uncomfortable in public restrooms where transgender persons are permitted. The extended accommodations do not, however, mean that Target will be reversing its policy on allowing transgender customers to choose the bathroom aligned with their gender identity. The additional option will merely provide an accommodation for all customers’ preferences for privacy and comfort.

The chain suffered a 7% drop in sales since the transgender restroom controversy, and projects similar disappointing fiscal results in upcoming months. Smith does not attribute the lackluster performance to store boycotts, but protest leaders disagree. Boycotts have garnered 1.4 million signatures online, with organizers asserting that these efforts have directly impacted the corporation’s bottom line, despite the lack of evidence to corroborate the claim. Walker Wildmon, assistant president for the American Family Association, states, “We’re confident that our boycott has played a significant role in Target’s financial results that came out today.”

Wildmon also claims that the bathroom policy poses a risk to families and children, a charge vehemently denied by LBGT advocate groups. Boycotts called for both the instillation of private restrooms and reversal of the Target’s current bathroom policy. Target’s response “doesn’t completely answer our concerns,” according to Wildmon.

While many will undoubtedly still be dissatisfied with Target’s response to customer concerns, those who find the $20 million dollar initiative unacceptable are free to take their business elsewhere. However, it is certain that others will be more than happy to associate with a business that extends maximum inclusivity to its diverse customer base. 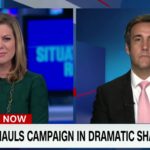 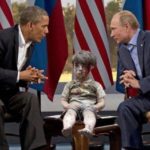