Former Vice President Joe Biden said Saturday that “there is no room for compromise” on transgender issues, which he called the “civil rights issue of our time.”

Biden has previously said that passing the Equality Act, a Democratic-supported bill that would require schools to include biological males who identify as transgender on girls’ sports teams, would be his top legislative priority.

“Let’s be clear: Transgender equality is the civil rights issue of our time. There is no room for compromise when it comes to basic human rights,” the Democratic presidential candidate wrote in a tweet Saturday.

Although Biden didn’t mention Vermont Sen. Bernie Sanders in his tweet, the statement came as Sanders, also a 2020 Democrat, has faced outrage from left-wingers for touting an endorsement from popular podcast host Joe Rogan.

Rogan, also a comedian and UFC color commentator, has been outspoken against forcing female athletes to compete against biological males.

Biologically male athletes who identify as transgender have racked up accomplishments in female athletics.

Two biologically male runners in Connecticut have dominated girls’ high school track in the liberal state, which allows athletes to compete as the gender with which they identify.

Franklin Pierce University runner CeCe Telfer, a biological male who identifies as a transgender woman, won an NCAA DII national championship in women’s track and field in May 2019. Telfer previously competed on the university’s men’s team.

A biologically male runner at the University of Montana was named the Big Sky Conference’s cross-country female athlete of the week in October 2019. 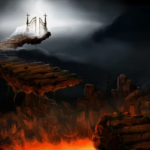 Opinion: God, Not Government, Is the Author of Freedom 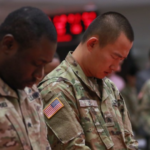