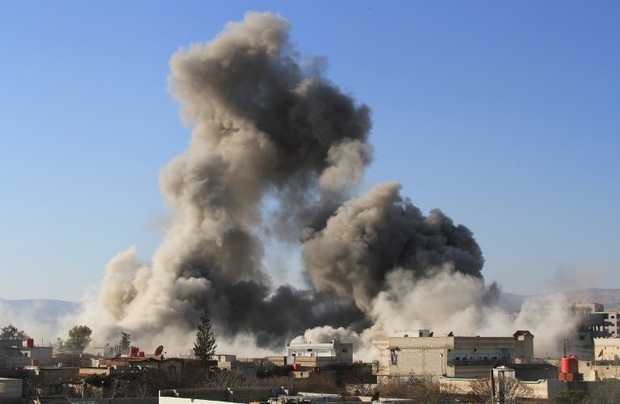 The U.S. military purposefully avoided targeting areas of the Syrian base struck by Tomahawk missiles where Russian forces were believed to be present, a Department of Defense spokesperson said Thursday.

No casualties, Russian or otherwise, have yet been identified, and the DOD also noted the Russians were notified of the strike in advance using the deconfliction process established for uses like these.

However, notably, Russian President Vladimir Putin was not directly informed before the strikes.

President Donald Trump announced Thursday evening that he had ordered the strikes, which were launched from two Navy destroyers in the Mediterranean Sea, the USS Porter and the USS Ross. The Tomahawk missiles targeted the al-Sharyat military base, the exact location the Pentagon believes was used to launch the chemical weapons attack in Idlib on Tuesday.

“Tonight, I ordered a targeted military strike on the airfield in Syria from where the chemical attack was launched,” Trump said. “It is in this vital national security interest of the United States to prevent and deter the spread and use of deadly chemical weapons. There can be no dispute that Syria used banned chemical weapons, violated its obligations under the Chemical Weapons Convention, and ignored the urging of the U.N Security Council.”

The missiles struck the airstrip, aircraft and fuel stations.

Syrian state media said that the U.S. attack had “led to losses,” but did not elaborate.

US Defense Official Says Syria Strike Is A ‘One-Off’