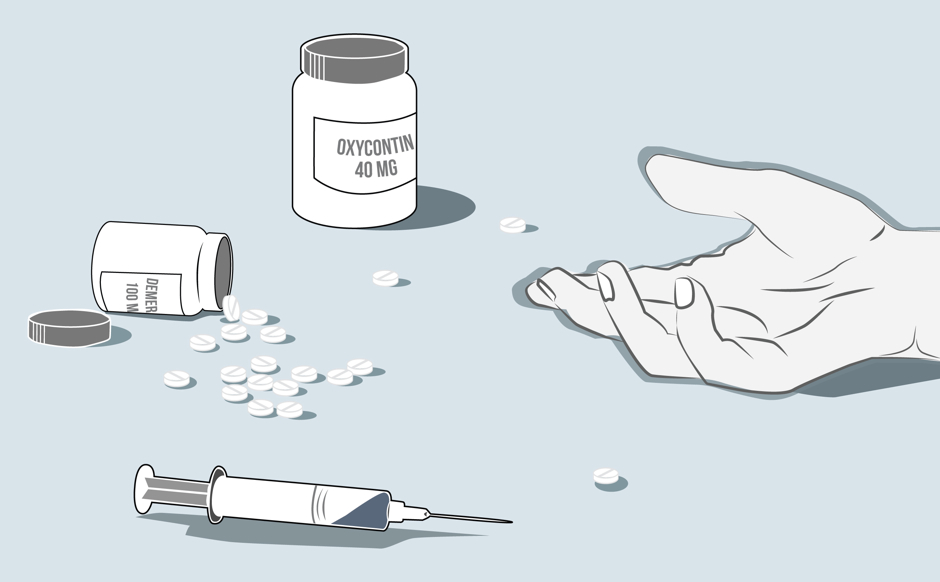 The drug epidemic in America is increasingly fueled by synthetic opioids like fentanyl, which overtook heroin as the deadliest substance in the U.S. in 2016.

The National Center for Health Statistics, part of the Centers for Disease Control and Prevention, released the first preliminary federal report, giving an accounting of drug overdose deaths in 2016. The CDC estimates that drug deaths rose by more than 22 percent in 2016, killing 64,070 Americans. Opioid deaths rose from 33,000 in 2015 to nearly 50,000 in 2016, driven primarily by fentanyl, a painkiller roughly 50 to 100 times more powerful than morphine, reports The New York Times.

Synthetic opioids, including fentanyl and its analogs, claimed roughly 20,100 lives in 2016, up from 9,945. Heroin continues to be a major problem, killing an estimated 15,400 Americans. Fentanyl is also fueling an increase in cocaine deaths, as dealers are increasingly cutting the fatal painkiller into their cocaine supplies.

The Drug Enforcement Agency issued new guidance to police departments across the country in June on how to handle heroin and other narcotics due to the increasing prevalence of fentanyl. Deputy Attorney General Rod Rosenstein warned it only takes two milligrams of fentanyl, “the equivalent of a few grains of table salt,” to cause a fatal overdose.

“Fentanyl exposure can injure or kill innocent law enforcement officers and other first responders,” Rosenstein said in remarks June 6. “Inhaling just a few airborne particles could be fatal. The spread of fentanyl means that any encounter a law enforcement officer has with an unidentified white powder could be fatal. Our officers and first responders must approach these situations with the utmost caution.”

Dealers in the U.S. and Mexican cartels are turning to China in greater numbers for shipments of fentanyl at a fraction of the price of heroin. It is then used to create roughly 20 times more doses out of a heroin batch, providing dealers with huge profits. Officials estimate that more than 90 percent of heroin in the U.S. is flowing in from Mexico.

A bipartisan proposal in the Senate would give border agents the technology to screen for chemicals at U.S. entry points in an effort to target fentanyl shipments.

Democratic Sen. Ed Markey of Massachusetts and Republican Sen. Marco Rubio of Florida proposed the INTERDICT Act earlier this year and are renewing their call for support after recent data showed fentanyl deaths are rising.

Republican Sen. Rob Portman of Ohio is also leading a bipartisan effort to crack down on illegal shipments of synthetic opioids like fentanyl through the U.S. mail.

The STOP Act, co-sponsored by Rubio and Democratic Sen. Elizabeth Warren, aims to put packages shipped through the U.S. Postal Service under more intense security screenings to cut down on international trafficking.

Drug overdoses are now the leading cause of accidental death for Americans under 50.

A STAT analysis predicts the annual death toll from opioids will rise by roughly 35 percent between 2015 and 2027. Their research predicts that up to 500,000 people could die from opioids over the next decade. The experts agree, even in a best-case scenario, the crisis will not visibly start to subside until after 2020.