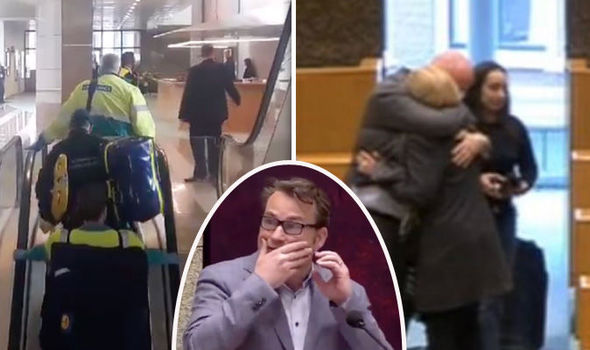 On Thursday, a 65-year old man tried to commit suicide amidst the plenary session in The Netherlands. He jumped off the public stand with ‘a certain item’ around his neck. The Dutch Parliament, which was debating on the topic of organized crime, had to cancel its events the remainder of the day.

The police identified the man as a marijuana activist who has been demonstrating in the Dutch parliament for the last two months. He protested the criminalization of medical cannabis. In a Facebook message, he wrote:

“Family and friends, forgive me for what I am about to do but I have to wake up our politicians. […] Marijuana is the solution for a more sustainable earth. However, it is a crime to save both our planet and many people, according to our Penal Code.”

In December of last year, the court found the senior guilty for marijuana-related ‘crimes’. He distributed cannabis oil amongst his friends with cancer. However, the court sentenced him without punishment. Still, he insisted that the Dutch Government deceived him.

Alaska is the new marijuana example

“It is true. The Dutch legislation towards coffeeshops cannabis reeks of hypocrisy”, Martijn Noortman, member of the Dutch Libertarian Party commented. “Coffeeshops are not allowed to purchase their products and consumers – medical or recreational – are limited to buy a fixed amount. Furthermore, it is considered illegal to grow more than 5 plants at the same time; the government decides how to cultivate your products. For a long time, people considered The Netherlands as pioneers in marijuana decriminalization. Nowadays, it’s more interesting to take Alaska as an example”.

“However, jumping off the balcony remains an act of last resort”, Noortman added.

The condition of the man is, as of this writing, uncertain. An ambulance rushed him to the nearest hospital in The Hague, Netherlands. 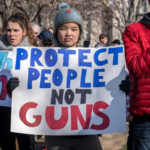 A Million Students Are Marching Against Guns. My Daughter Enrolled in a Trauma Casualty Training Class. 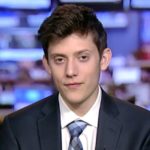