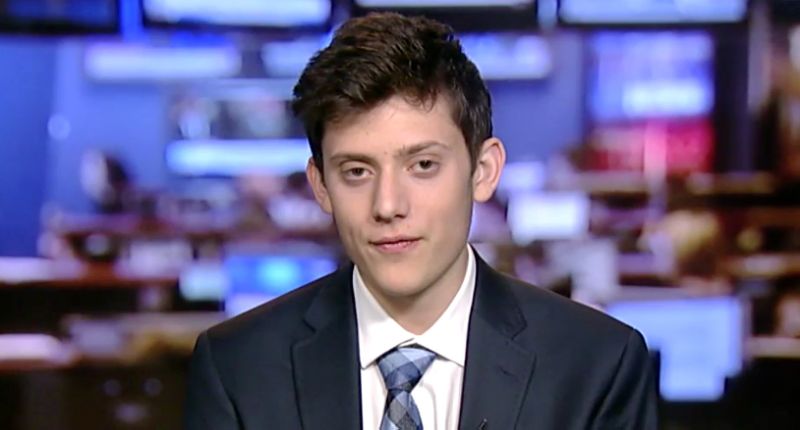 You’ve surely heard of David Hogg and Emma Gonzalez. They’ve received the lion’s share of the media attention following the aftermath of the Parkland school shooting. This is because the media is driving the gun control narrative, and that’s why you may not have heard of Kyle Kashuv.

Twitter was also much slower to give Kashuv his verified checkmark as opposed to his Parkland anti-gun counterparts. You haven’t seen him on CNN. He hasn’t been invited to any of the town halls. This is despite the fact he has been going to Washington DC to meet with members of congress about gun legislation. It’s because he’s pro gun.

I’ve followed Kashuv on Twitter since before he got his checkmark. But people are just finding out about him today, after he criticized the school crowd call for gun control on Fox News.

It didn’t take long for the anti-gun leftists to respond with their signature vitriol (tolerance). Rather than acknowledge anything he said, they simply called him the next school shooter.

He look like the next school shooter. Ban it ALL!!!

Probably the next school shooter

This kid worries me. I think he’s is in it for the wrong reasons. If he wasn’t affected by the shooting at his school, he may be the next mass shooter.

The fact people who want to ban AR-15’s behave like this is ample reason enough for me to own one. Don’t forget to enter to win yourself an AR-15 while there’s still time. Courtesy of Austin Petersen for United States Senate. Follow the link below.