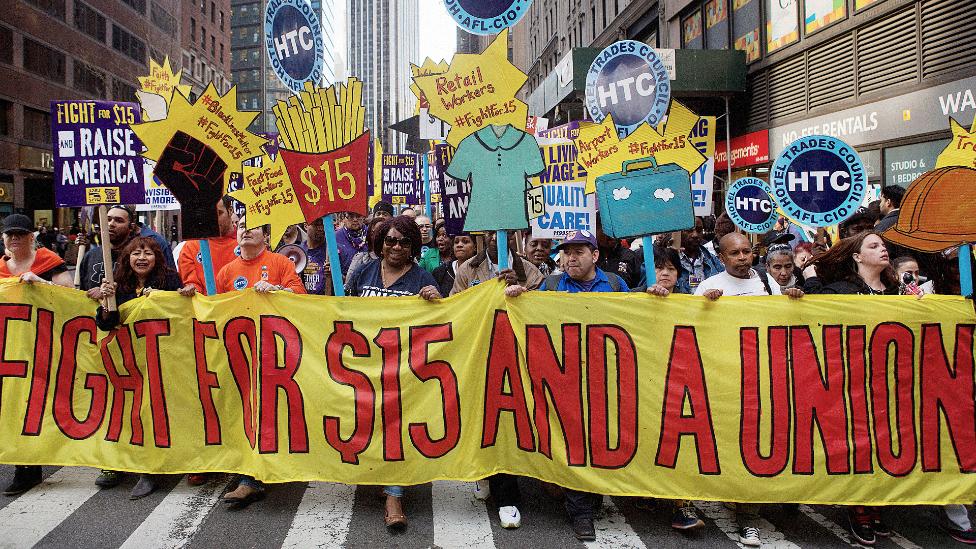 The New York Labor Department released a study Thursday that purports to show the $15 minimum wage will have a positive influence on the state, but may have ignored the negative side.

New York Gov. Andrew Cuomo commissioned the study as part of his push to enact the $15 minimum wage statewide. The study detailed how the policy would have an overall positive impact on the state, because it would lift low-wage earners out of poverty. But Ludwig von Mises Institute Senior Fellow Dr. Mark Thornton notes the study ignores the negative side of the picture.

“It’s just the positive side of the story, and not any recognition of the negative side,” Thornton told The Daily Caller News Foundation. “It doesn’t ask the question of whether workers lose their jobs.”

The study is correct in its findings that low-wage workers will begin earning more. If employers cannot pay below $15 an hour, than of course workers that currently make below that will be paid more. But the higher cost of labor may force employers to cut back on their workforce or scale back benefits.

“Working conditions often change too,” Thornton continued. “The employer is in charge of a lot of things we take for granted, like air conditioning.”

Some industries, such as the restaurant and retail industry, already have a very low profit margin. To overcome the added cost of labor, employers may have to cut back anywhere they can. Little benefits employers provide to their employees could just disappear. For example, outside cleaning or maintenance services may have to be cutback, making the workplace less pleasant.

Cuomo is determined to increase the current statewide minimum wage of $9.00 to $15 an hour. He announced a proposal in September that will gradually raise it in New York City by 2018 and statewide by 2021. He also unilaterally raised wages for state university workers and state employees. New York could become the first state with a $15 minimum wage, but a handful of other states are also trying to be the first.