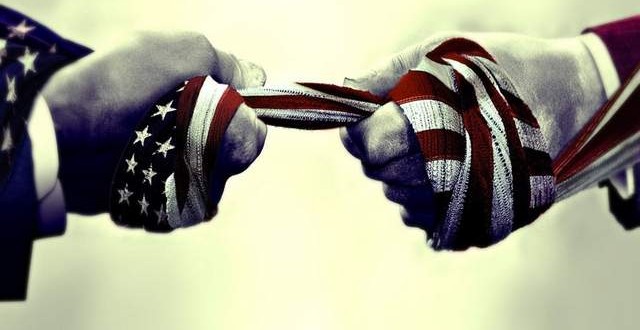 People who use the internet more often are less likely to be politically divided, contradicting the popular belief that the web definitively perpetuates polarization, according to a new study.

Trying to decipher what is exactly causing the apparent growing schism in contemporary politics, researchers at Stanford University and Brown University conducted the study titled “Is the internet causing political polarization? Evidence from demographics.”

“By many measures, Americans have become increasingly polarized in recent decades … Many authors attribute this trend, in part, to the rise of social media and the internet in general,” specifically, the “echo chambers in which individuals hear news only from like-minded sources,” reads the report.

“We find that the increase in polarization is largest among the groups least likely to use the internet and social media.”

The researchers originally determined social media use by age, since people ages 75 and older were much less likely to engage on such platforms (less than 20 percent) when compared to people ages 18-39 (roughly 80 percent). Researchers also used “a broader set of demographics” from data collected by the American National Election Study (ANES), a survey of the voting-age population conducted since 1948.

The data included “Americans’ social backgrounds, political predispositions, social and political values, perceptions and evaluations of groups and candidates, and other issues, according to the ICPSR, a data archive of research in the social and behavioral sciences where the studies are accessible.”

Some of the specific measurements of political polarization included a point system denoting how strong of a party or ideological affiliation someone has. Other questions focused on how often individuals split their votes across parties in elections.

The authors discovered that, for eight of the nine individual measures, polarization increased for the older demographic — which uses the internet and social media less — in comparison to younger Americans. (RELATED: Podesta Says Fake News Is A Huge Threat, But The Facts Say Different)

Results don’t completely rule out the possibility that the internet has played some role in the relatively recent rise in polarization.

But since the findings obscure the root cause of the rise of political divisiveness in America, the researchers conclude that “some other forces must explain the large increase in polarization” besides the digitization of the news.