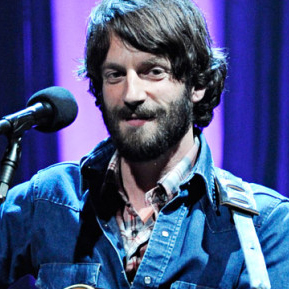 After singer-songwriter Ray LaMontagne posted on his Facebook page that he would be cancelling his concert held at the University of Texas-Austin due to the states’ allowance of concealed carry on campus.

Since then, LaMontagne has had some supporters writing in the comment thread things like, “No matter your opinion on the subject, having a band stand up to what they believe in is commendable. Thank you,” or ” I applaud your decision and I agree 100%. Don’t compromise your beliefs for the almighty dollar. Refund those tickets and move on.”

Then there are those that are upset with decision. Some took issue with the artist’s stance on the law saying, “The best defense against a bad person with a gun, is a good person with a gun. I don’t even own a gun but your stance is based of fear and ignorance. All shootings happen in ‘gun free zones.’ Look at the stats. You are anti freedom and I can no longer support you as an artist. I just have one question, have you ever even shot a gun before? I suspect the answer is no. Oh well, you’re the one that loses money and fans, not me.”

Then there were others who took issue with the fact the law he is cancelling the show over has been in place for months. One fan commented, “No respect for this. I respect standing up for what you believe in, but canceling 2 days before the show is very unprofessional.
Campus carry was approved many many months ago, before this show was booked. Whether or not you, or your band, agrees with the policy is your own prerogative, but staying uninformed until 2 days before the show and then taking a stance is unprofessional and disrespectful to your fans. Austin is the Live Music Capital of the World, there are PLENTY of other places for you to play in town and keep your fans, who spent a large amount of change to buy tickets to see you.”

The biggest refutation of LeMontagne’s last minute cancellation came from the Students For Concealed Carry, an organization which promotes concealed carrying on college campuses. The organization immediately put out a scathing press release, calling out the hypocrisy of the artist’s actions and more.

AUSTIN, TX– If singer-songwriter Ray LaMontagne is so concerned about the licensed, concealed carry of handguns that he feels compelled to cancel his September 22 concert at the Bass Concert Hall at the University of Texas at Austin, why did he, just three days ago, perform at Salt Lake City’s Janet Quinney Lawson Capitol Theatre, another venue that allows the licensed, concealed carry of handguns?

The Janet Quinney Lawson Capitol Theater in Salt Lake City, Utah, is owned by Salt Lake County. As a county-owned property, the Capitol Theater is subject to Utah’s firearm ordinance preemption law, which dictates that “a local authority or state entity may not enact or enforce any ordinance, regulation, or rule pertaining to firearms.”

Perhaps, in the absence of nonstop media coverage of the venue’s gun policies, LaMontagne didn’t realize that concealed carry is allowed at the Capitol Theater. Unlike the University of Texas at Austin, the Capitol Theater hasn’t had its firearm policies profiled in every major newspaper in the country. It hasn’t been the site of constant protests or the subject of a segment on Comedy Central’s The Daily Show. As in most venues that allow licensed concealed carry, performers and spectators at the Janet Quinney Lawson Capitol Theatre peacefully go about their business, with little or no concern that the venue’s gun policy is placing them at risk.

Brian Bensimon, SCC director for the state of Texas, commented, “It’s likely that Mr. LaMontagne has performed at numerous venues that allow concealed carry, without even realizing it. The cancellation of this concert has less to do with the uniqueness of UT-Austin’s firearms policy than with political grandstanding and the self-fulfilling nature of activists’ predictions that campus carry will have an adverse effect on campus life.”

ABOUT STUDENTS FOR CONCEALED CARRY — Students for Concealed Carry (SCC) is a national, non-partisan, grassroots organization comprising college students, faculty, staff, and concerned citizens who believe that holders of state-issued concealed handgun licenses should be allowed the same measure of personal protection on college campuses that current laws afford them virtually everywhere else. SCC is not affiliated with the NRA or any other organization. For more information on SCC, visit ConcealedCampus.org or Facebook.com/ConcealedCampus. For more information on the debate over campus carry in Texas, visit WhyCampusCarry.com.

RELATED: “A Refresher on the Case for Campus Carry in Texas”: http://concealedcampus.org/2016/05/a-refresher-on-the-casefor-campus-carry-in-texas/

All SCC statements regarding the campus carry policies proposed by UT-Austin: http://tinyurl.com/scc-on-ut-austin

Based on the information released, its hard to argue with SCC, as LaMontagne has performed at various locations before which allowed for concealed carry in the venue. Does this mean that LaMontagne was aware of the laws at all the venues he performed at? Not necessarily, but it does beg the question, will he boycott the entire state of Texas, since the concealed carry law is statewide?

Regardless, it appears that the backlash for the artist, based on the comment thread of his original post, and the statement from SCC, has been more severe than one would have guessed. It will be interesting to see how this could potentially affect ticket sales in the future.

Read the direct press release from SCC below:

PR – SCC on Ray LaMontagne by kody on Scribd