Department of State spokesperson Heather Nauert shot down speculation that Secretary Of State Rex Tillerson plans to quit his position in the near future, following reports that he has become frustrated over his deteriorating relationship with the White House.

“That is false,” she told reporters at a briefing Tuesday, referring to stories by CNN and Reuters characterizing Tillerson as “very upset” about White House interference in his management of the State Department. (RELATED: Tillerson Might Not Last A Year At State)

“We have spoken with the secretary. The secretary has been very clear that he intends to stay at the State Department,” Nauert said at a press briefing. “We have a lot of work that is left to be done ahead of us. He recognizes that. He’s deeply engaged in that work.”

Reuters reported Tuesday that Tillerson has told friends he doubts he’ll last even a year on the job, given the mistrust between his office and senior Trump administration advisers in the West Wing. The secretary of state is “very upset at not having autonomy, independence and control over his own department and the ability to do the job the way the job … is traditionally done,” an administration official told Reuters on the condition of anonymity.

CNN’s John King reported Monday that Tillerson, on top of frustrations with the White House, is disappointed with the way President Donald Trump has publicly rebuked Attorney General Jeff Sessions in a series of interviews and tweets. Nauert denied that those differences have caused Tillerson to consider leaving the State Department.

“The secretary is committed to staying,” she said, but added that Tillerson does “serve at the pleasure of the president just as any cabinet official would.”

Tillerson, who is currently overseeing an ambitious reorganization of the department, has at times found himself at odds with Trump’s inner circle over policy and personnel decisions.

The latest episode of friction came last week as Trump’s national security team was considering whether to certify that Iran is in compliance with the 2015 nuclear deal. Tillerson and Secretary of Defense James Mattis lobbied for re-certification against the wishes of Trump and senior White House advisers Steve Bannon and Seb Gorka.

Tillerson has also diverged from the White House over the ongoing diplomatic crisis in the Persian Gulf. The president has publicly backed the Saudi Arabia-led coalition in its dispute with Qatar, while Tillerson taken a more neutral stance and even defended Qatar’s position as “reasonable.” 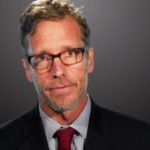