A Department of the Interior (DOI) official appeared on National Public Radio and MSNBC’s “Morning Joe” Monday, accusing the Trump administration of demoting him because of his political beliefs.

Joel Clement, the DOI’s Office of Natural Resources Revenue senior advisor, wrote an op-ed in The Washington Post last week claiming that his reassignment was retaliation for speaking “truth to power.” (RELATED: DOI Climate Scientist Thinks His Reassignment Is A Death Sentence To Alaskan Communities)

“I work on the effects of climate change upon … Alaskan native villages that are poised on the brink of permafrost in Alaska. The next superstorm could take them right out,” Clement told Morning Joe co-host Mika Brzezinski. “The three villages that I mentioned [in the WaPo op-ed] are about to melt out into the Arctic Ocean.”

Clement said he brought this up multiple times to the DOI and White House officials.

“This led to a retaliation on their part,” he said. “And I have to say, the job they reassigned me to is the office that collects royalty checks from the fossil fuel industry. So it was a very blatant reassignment of the climate change guy.”

NPR host David Greene also interviewed Clement on the “Morning Edition” Thursday. Clement told Greene that he had filed two forms of complaint against the federal government, one regarding indifference toward Alaskans’ climate change plight and the other “related to the misuse of government funds and processes.” 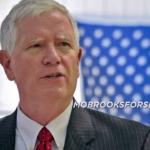