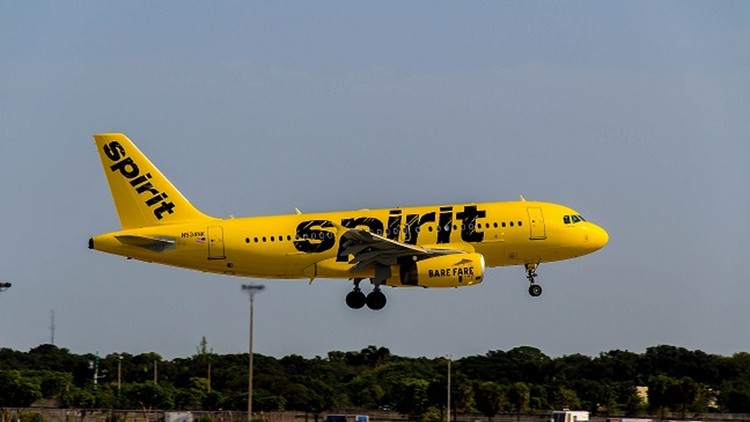 A coroner revealed Tuesday a Spirit Airlines pilot and his wife, who died from a drug overdose in March, ingested cocaine cut with an elephant tranquilizer primarily found in heroin.

Brian Halye, a 36-year-old commercial airline pilot, and his wife Courtney passed away after overdosing on cocaine at their home in Ohio March 16. The couple’s four children found their bodies and called emergency responders after they could not wake their parents up. Authorities originally believed that they died from a mix of heroin and fentanyl, which are driving fatal overdoses across the country, reports WLWT.

The coroner in Centerville, Ohio announced Tuesday that the couple died after using cocaine mixed with carfentanil. Carfentanil, a synthetic analog of fentanyl, is roughly 10,000 times stronger than morphine and is used for tranquilizing elephants. The couple overdosed roughly a week after Halye’s last flight for Spirit.

Officials in the U.S. are becoming increasingly concerned about fentanyl and carfentanil cropping up in cocaine supplies, which is already being seen in Chicago and New York. The development is particularly alarming for law enforcement who note that, unlike heroin, cocaine is more widely used as a social drug.

They fear that users are largely unaware of fentanyl being cut up with cocaine and say it will have deadly consequences. Less than half a teaspoon of pure fentanyl is enough to kill 10 people.

“There’s no such thing as clean cocaine or heroin anymore,” Linda Mahoney, an administrator at the Rhode Island Department of Behavioral Healthcare, told Providence Journal May 2. “That’s the message that should be sent to social users as well as anyone [for whom] that’s their drug of choice.”

Content created by The Daily Caller News Foundation is available without charge to any eligible news publisher that can provide a large audience. For licensing opportunities of our original content, please contact li[email protected]

New NASA Space Probe Will Fly INTO The Sun