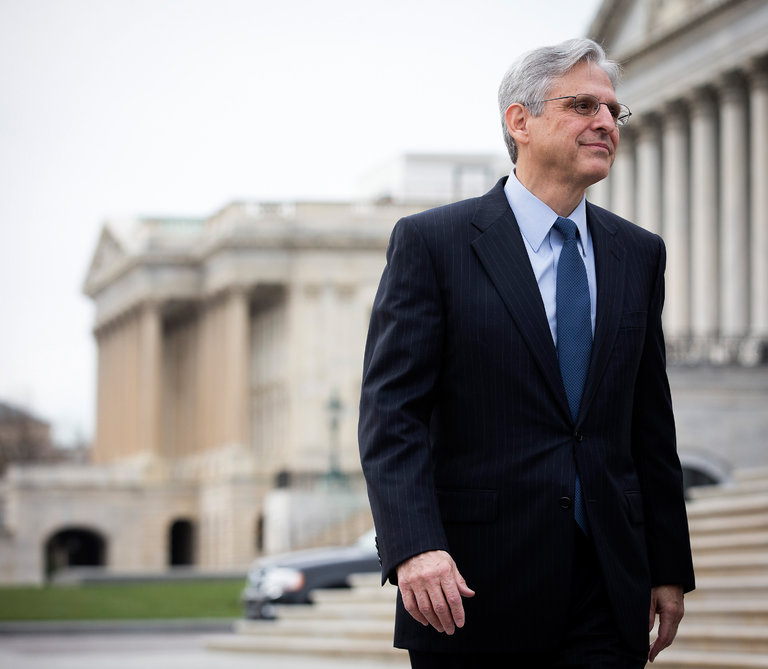 Judge Merrick Garland, former President Barack Obama’s ill-fated Supreme Court nominee, is not interested in become director of the FBI, according to sources close to the judge.

Two unnamed sources described as “friends of Merrick Garland” told NPR’s Carrie Johnson that he “loves being a judge and he intends to remain on the bench.”

BREAKING: Two friends of Merrick Garland tell me he "loves being a judge and he intends to remain on the bench" despite calls to run FBI.

Some reports indicated that senior administration officials, including Vice President Mike Pence and White House counsel Don McGahn were receptive to the idea. A spokesman for the vice president later denied that the notion was being seriously considered inside the White House.

Garland is currently chief judge of the Court of Appeals for the District of Columbia Circuit, where he has served for over 20 years. At 64, he could realistically expect to remain on the bench for at least another decade, while the directorate of the FBI is restricted to a single 10-year-term.

Prior to his appointment to the federal bench, Garland served as a prosecutor at the Department of Justice, ascending to the highest echelons of the department while supervising high-profile, politically sensitive cases.