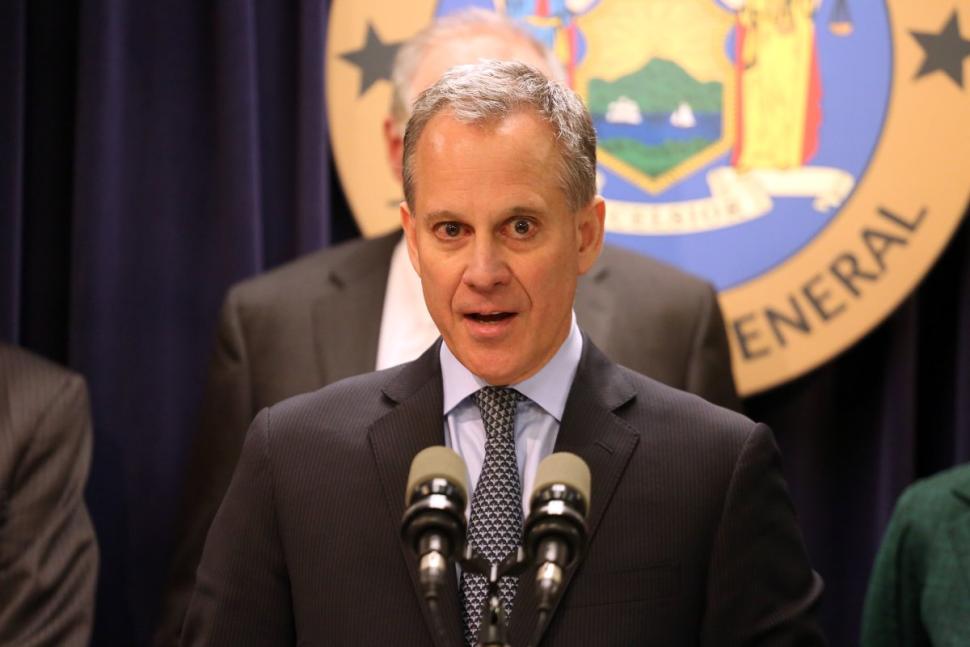 Republican AGs from 11 states, including Oklahoma, Utah and Texas, filed an amicus brief Wednesday castigating a Democrat-led probe against the oil company’s handling of decades worth of climate data.

The authors of the amicus believe the pursuit of Exxon violates the First Amendment of the U.S Constitution and constitutes an “unconstitutional abuse of investigative power.”

Their brief also asserts that New York AG Eric Schneiderman and his Massachusetts’ colleague Maura Healey are seeking to “promote one side of [the] international public policy debate” on climate change issues, which should not be up to the courts to decide.

The brief was filed on behalf of Exxon in a case that will be heard Friday by Judge Valerie Caproni, an Obama-era appointee who put an end earlier this month to a lawsuit filed last year by Exxon attorneys in Texas. She asked the company to refile its case.

Initial probes against the company were based on reports from liberal-leaning media outlets InsideClimate News and Columbia University, which claim Exxon has known the risks of global warming for decades but kept such knowledge under wraps.

Texas Judge Ed Kinkeade remanded the case to New York, because the bulk of the events in the lawsuit occurred in the Empire State. Caproni did not address the merits of Exxon’s motion suggesting the law enforcers climate-tinged pursuits are a ploy to gain media attention.

Kinkeade brushed back Schneiderman and his colleagues in March before remanding the case. His line of questioning suggested he believed the investigation was purely political and meant to generate media attention.

Caproni’s court was the appropriate venue to hear the case, Kinkeade decided, because “a substantial part of the events or omissions giving rise to the claim occurred” in New York City at a now-infamous 2016 press conference attended by former Vice President Al Gore.

Much of the political machinations undergirding the investigation, conservatives argue, were hatched at an “AGs United for Clean Power” event held in New York.

Legal analysts, meanwhile, say this type of infighting is unprecedented. Reid Weingarten, a lawyer at D.C.-based firm Steptoe & Johnson, for instance, told The Daily Caller News Foundation that he has not seen this kind of AG-on-AG strife in more than 30 years.

“The attorneys general move to gain access to Exxon’s documents caught me by surprise,” he said, adding that the amicus brief hashes out some legitimate and “non-trivial” First Amendment complaints.

“I don’t know of any” knock-out, drag down fights between AGs over political tactics and views, said Weingarten, who has practiced law for more than 40 years. “They are essentially accusing two of their own of wrong doing.”

Weingarten was referring to several clauses in the brief suggesting that attorneys general have a duty to act impartially during their investigations. The 11 AGs argue that Schneiderman and Healey’s probes undermine public confidence the two Democrats’ ability to stay nonpartisan.

“Defendants are not using their power in an impartial manner. Rather, they are embracing one side of a multi-faceted and robust policy debate, and simultaneously seeking to censor opposing viewpoints,” the brief states. “This is bad faith.”

Schneiderman’s office remained defiant. His press secretary, Amy Spitalnick, told TheDCNF that “we will continue to pursue” the case, “despite attempts by Exxon and Big Oil’s beneficiaries to delay and distract from the serious issues at hand.”

Healey’s office refused to comment when TheDCNF reached out.

Which Countries Are In North Korea’s Nuclear Cross Hairs?