Senate Democrats plan to characterize Judge Neil Gorsuch, President Donald Trump’s nominee to replace the late Justice Antonin Scalia on the Supreme Court, as a callous judge ensconced in privilege during his confirmation hearings, set to begin next week.

The New York Times reports Democrats will make Gorsuch’s rulings in cases concerning campaign finance and the rights of workers the primary feature of their resistance effort, while deemphasizing the explosive social issues that have characterized recent confirmation battles.

“Obviously, the social issues are always looming out there with any justice,” Senate Minority Leader Chuck Schumer said. “But where [Gorsuch is] particularly vulnerable is in this anti-worker, pro-corporate record. And second, he cannot really cite examples of him being independent other than saying, ‘Ask people.’”

“You can find example after example of Judge Gorsuch siding against workers even in the most dire circumstances,” she said.

The Democratic caucus has organized several press events in this vein to frame their messaging around the nomination. Gorsuch’s campaign finance rulings are on deck for a thorough shakedown during an event with Congressional Democrats on Tuesday, while several individuals who were adversely affected by rulings in which Gorsuch participated will join Schumer on Wednesday on Capitol Hill.

Democrats have flagged three cases in particular as dispositive of a harsh judge unsympathetic to needy plaintiffs. In one case, Gorsuch voted against a truck driver for abandoning his vehicle during inclement weather. He has also written or joined opinions ruling against a family seeking federal compensation for costs accrued educating their disabled child, and a professor who lost her job after taking medical leave to recover from cancer.

This line of attack has the benefit of buttressing vulnerable Democratic incumbents with vaguely Trumpian arguments to deploy against Gorsuch’s confirmation in advance of the 2018 midterm elections. Seven Democratic senators will stand for reelection in states that Trump won in 2016, including Sens. Joe Manchin, Joe Donnelly, Heidi Heitkamp, Jon Tester, Sherrod Brown, Tammy Baldwin, and Bob Casey.

Though judicial confirmations have never featured prominently in midterm elections, exit polls suggest the prospect of future Supreme Court appointments motivated a wide swath of right-leaning voters to coalesce around Trump in the waning days of 2016’s general election. Democratic incumbents in states Trump carried may value some pretext for opposing the Gorsuch nomination that resonates with Trump-aligned voters.

The messaging also has the effect of reversing the political dynamics that have defined the previous year. Where Democrats will try to take up the cause of the blue collar worker in next week’s hearings, Senate Republicans have marshaled elite legal opinion in support of Gorsuch’s appointment. The American Bar Association — which Justice Scalia once pithily referred to as the professional organization of “tall building lawyers” — gave Gorsuch their highest possible recommendation, while seasoned members of the Supreme Court bar, including former Acting Solicitor General Neal Katyal and Lisa Blatt of Arnold & Porter, have backed his confirmation. 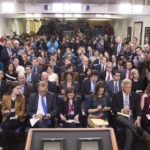 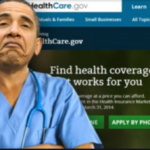