WASHINGTON, D.C. – In what promises to be a rare show of bipartisanship in this Congress, the Senate Judiciary Committee passed the most expansive reforms of drug sentencing in decades today.

The Smarter Sentencing Act (SSA) reduces mandatory sentences for drug offenders and addresses disparities in existing laws. In 2010, Congress fixed the racially motivated disparity that treated powdered cocaine and rock cocaine (crack) different under the law. The SSA retroactively applies this fix to those who were sentenced prior to 2010, making many nonviolent offenders eligible for release. The law also expands the power of judges to use their discretion when sentencing defendants.

Bill Piper, Director of National Affairs for the Drug Policy Alliance said “From liberal stalwarts to Tea Party favorites there’s now consensus that our country incarcerates too many people, for too much time, at too much expense to taxpayers.”

America dwarves other nations when it comes to per capita imprisonment of its citizens. With only 5% of the world’s population, the United States is home to over 25% of the world’s inmate population. That prison population has more than quadrupled since President Ronald Reagan ramped-up the War on Drugs in 1981.

It’s an increase that has unfairly affected black Americans. Evidence has shown that even though 5 times as many white Americans admit to using illegal drugs, black Americans are sentenced to prison for drug charges at 10 times a higher rate than whites. Senator Rand Paul spoke to this disparity when he was in Detroit last month saying: “Mandatory sentences for drug offenses are crazy, and they have to end. It’s a human tragedy,” he said. “We must address the mind-set that values arrest rates over graduation rates.”

The effect on a society that imprisons so many are grave. Removing males (the majority of inmates are males) from their homes puts financial stress on families and in turn economic strain on entire communities. This undoubtedly contributes to the need for welfare and feeds a culture of government dependency. Even once their dues are paid and convicts are released back into society, the fact that they have served prison time will haunt them, often preventing them from finding gainful employment. The removal of fathers from communities combined with financial hardships creates an environment conducive to violent crimes like robbery and assault.

While the SSA only goes so far to reform a severely flawed and damaging justice system, it is a welcomed step in the right direction. The US could stand to take a lesson from Portugal. In just 10 years of complete drug decriminalization, the use of drugs has dropped in half. That is because decriminalizing allows societies to focus on harm reduction and health treatment rather than finding ways to punish those who behaviors we disagree with. 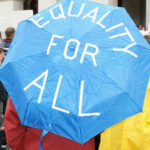 Time for a total separation of marriage and state? (VIDEO) 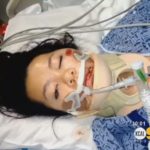 Woman Who Alleges Abduction, Sexual Assault by LAPD has Video on Her Side (VIDEO)