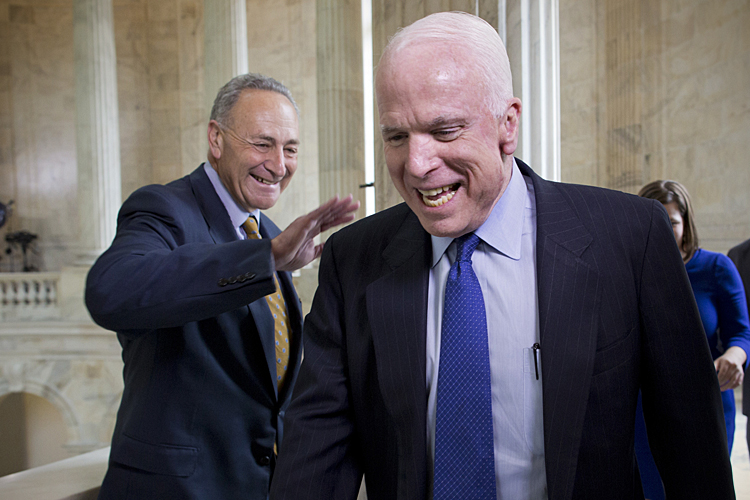 Republicans attempted to pass what they call a “skinny repeal” of Obamacare on Thursday, but the measure was defeated when McCain cast the deciding “no” vote, causing the bill to be defeated by a tally of 49-51. This is the second major blow dealt to the Republican effort to repeal Obamacare, causing some in the party to doubt if the GOP can get a bill to President Donald Trump’s desk.

“I have not seen a senator who speaks truth to power as strongly, as well and as frequently as John McCain,” said Schumer. “He’s just a wonderful man. I treasure his friendship and just the fact of knowing him.”

Schumer said that Murkowski and Collins were equally deserving of praise, calling them “amazing” and lauding women everywhere.

“Women are, in so many instances, stronger than men. They brag less about it but they are. And last night sort of proved that,” he said. ”

Schumer was optimistic about the possibility of a bipartisan health care bill in the near future.

California City Cracks Down On Churches For Subletting Property