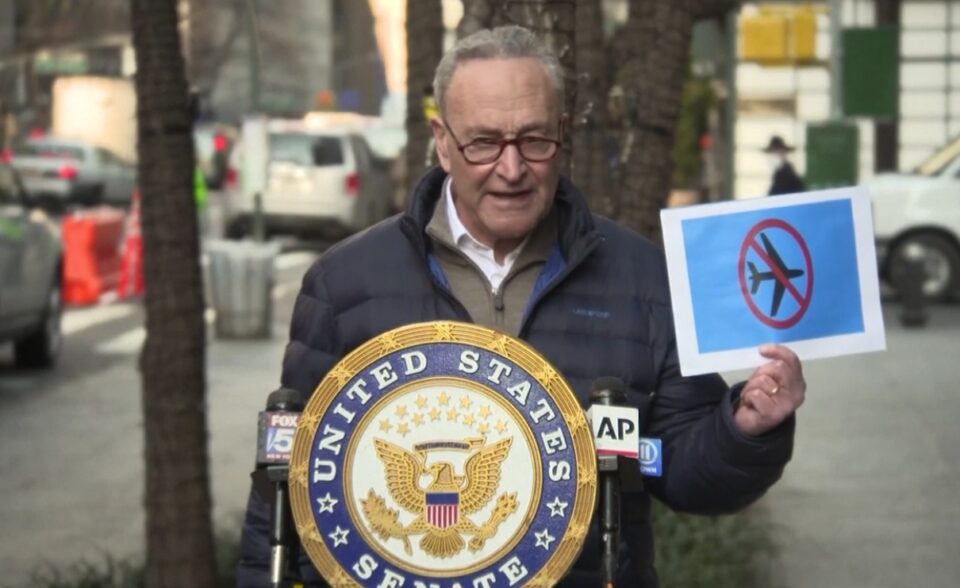 New York Democrat Senator Chuck Schumer called  for the rioters who stormed the U.S. Capitol last Wednesday to be placed on a “no-fly list.”

“Any of those who were inside the capitol should not be able to fly and should be placed on the no-fly list. We are calling on the authorities FBI, TSA, Department of Homeland Security to put them on the no-fly list immediately.“ said the incoming Senate Majority Leader in a video tweeted Tuesday.

Schumer says members of the mob who stormed the U.S. Capitol should be placed on the no-fly list pic.twitter.com/vsJQWieLK1

In a letter to the Democratic caucus obtained by The Hill, Schumer also committed to having the Senate investigate the various extremist groups responsible for the attack on the Capitol.

“Incoming-Senate Judiciary Committee Chairman Durbin and I have already announced that the committee, as one of its first acts under Democratic control, will closely examine the rise of violent extremist groups, white supremacists and violent fringe conspiracy theorists who are intent on undermining and overthrowing the government as we saw at the Capitol on January 6th,” Schumer wrote.

Schumer said in his letter that he will “make sure that the events are fully investigated and every necessary security measure is in place for the upcoming Inauguration and the days leading up to it,”.

You can read the original article here.