Update: The article has been posted once again, and modified to note Moore’s background.

Salon deleted an article on its website Wednesday about an arson attack on a Houston mosque, after news broke the alleged attacker was Muslim.

Authorities charged Gary Moore early Wednesday with setting fire to the Islamic Center of Houston on Christmas Day, shortly after Friday prayers. It’s not clear why Moore allegedly targeted the mosque, but authorities say there’s no evidence of a hate crime, according to the Associated Press. Rather, Moore himself is a Muslim who worshiped regularly at the center.

Salon published an article about Moore’s arrest Wednesday morning, along with many other media outlets. Writer Ben Norton prematurely suggested in the piece the attack was Islamophobic.

Norton’s article was apparently taken down later Wednesday, apparently after it became apparent the alleged attacker is Muslim. The link to the Norton’s piece returned a 404 error page as of Wednesday evening.

A cache of Salon’s articles reveals what the piece originally said.

“While Christians around the U.S. were celebrating Christmas, Muslims in Texas were terrorized,” Norton began in the article. “After Friday prayers, the Islamic Center of Houston was set on fire in a suspected arson attack.”

“Muslim community members say the attack was a hate crime,” he continued. “Texas mosques have previously been targeted by heavily armed anti-Muslim protesters. Many Texas Muslims have said they feel unsafe in the atmosphere of aggressive hate and bigotry.”

Norton then rattled off examples of crimes against Muslims and mosques around the U.S. in recent years.

Journalist Steve Krakauer pointed out Salon took down the piece Wednesday afternoon. “[Salon], why’d you take this down?” he tweeted, linking to the piece. “Because he was a devout Muslim who attended the Mosque?”

Norton did not immediately return a request for comment. 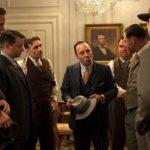 2015 Was A Record Year For Federal Regulators 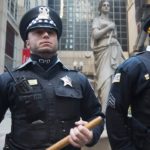 Here’s Why Chicago And Black Lives Matter Are Protesting Police

Suspect Arrested In Connection To Massacre Of American Mormon Family