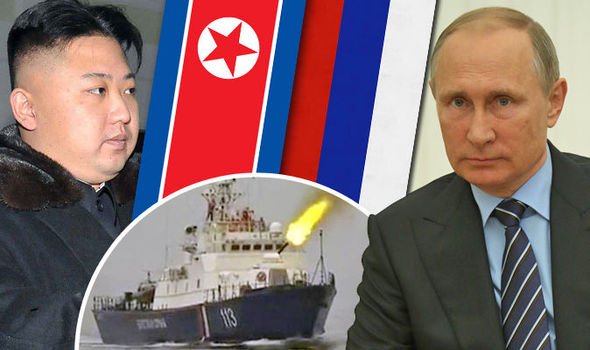 After a series of provocative actions by North Korea, last month China (who for decades has protected the North Korean regime) signed onto aggressive sanctions to curb their behavior, and have actually been following through. Yesterday, the Security Council again voted for even more, including a 30% reduction in fuel imports.

In kleptocrat Russia, oil is primarily a state run affair at the higher levels; Rosneft, Gazprom, etc. But other players are privately owned, like the Russian government itself. These players vary in size and in some cases, even function. Sometimes it’s hard to tell where private industry ends and government begins, and vice versa. Large enough companies with contacts gain controlling interest in the state, and any notable company not well-connected finds itself state-owned eventually, one way or the other.

Perhaps inspired by a difference of arrangements, or perhaps merely facilitated by them, China has been following through on sanctions, while “Russian nationals” have become smugglers, skirting sanctions through front companies. Whether or not these “nationals” are in the same category of “nationals” that perform hacks indirectly and with deniability for the Russian government is unclear. What is clear, is that certain front companies (like Velmur in Singapore) have set up a trail of paperwork allowing shipments barred by sanction agreements from Russia to North Korea.

As the Chinese oil companies have been forced to stand down, Russian smugglers have been standing up to fill the vacuum. Whether such shipments were orchestrated by the Russian government or merely tolerated, the fact remains that constant shipments between the Russian city of Vladivostok and North Korean ports has remained uninterrupted despite obvious Russian government knowledge.

One American official speaking about the situation, opined “Whenever they are cut off from their primary supplier, they just try to get it from somewhere else.”

This statement perfectly encapsulates the exact criticism of everything from prohibitions on drugs, gambling, guns, and prostitution, to over-regulation of small businesses. These activities rarely cease… they are merely pushed underground into a black market which then facilitates such activity beyond the reach of regulation. Sometimes such prohibitions are worth it, especially if there is a victim. Anyone not an anarchist or communist must realize that there’s some level of cost-benefit analysis of imperfect systems that should be explored. The black market, of course, is where people can hire hit-men right alongside braiding hair without a license, and there is a much greater argument for prohibitions against the former under the RICO act than attempted enforcement of the later.

Can sanctions against North Korea produce results? Well, they don’t seem to have had much effect yet. Ratcheting up sanctions seem to have coincided with further nuclear tests, missile tests, including over a sovereign nation like Japan, and outright threats against the US and the South. Granted, for decades China and Russia were unwilling to participate in them, and therefore there was no chance that they could be effective… and China has recently begun to lose patience with the regime. But there’s little to point to that says sanctions have been effective rather than counterproductive yet.

Part of the reason is, obviously, that Kim Jong-un doesn’t really care if his people starve to death. He doesn’t seem to care if his entire country suffers, as long as it doesn’t affect his rule. He controls enough human beings and enough resources to keep himself afloat without even noticing hardship.

It seems the only way sanctions could possibly be effective is their effect, not on Kim, but on his people. His generals. Potential revolutionaries within the hermit kingdom. The kind of population who have been told since birth that this man and his family are essentially Gods, and that any real hardship is the fault of America. Hardship imposed through sanctions could motivate the North Korean people to rise up and depose their Supreme Leader, and it could just as easily motivate them to fight for him against foreign nations that are seen to be causing their hardship.

Most people have found Madeline Albright detestable since her 1996 60 minutes interview about Iraq sanctions. She was asked “We have heard that half a million children have died. I mean, that’s more children than died in Hiroshima. And, you know, is the price worth it?“, and responded with the jaw-dropping “I think this is a very hard choice, but the price–we think the price was worth it.”

There are plenty of differences between Iraq in the early 90s and North Korea today. For one, the North Korean people have been suffering extensively for over 60 years, and I’m not sure how much harder it can get for them. Under Saddam, the Iraqi people may not have had an easy life, but that portion isn’t exactly comparable given degree of suffering. For two, North Korea has nuclear weapons that they could conceivably use against the US. There’s plenty of other factors to consider, including whether or not one bets on an actual success, how that success is defined, and how long that would take. Although they aren’t exact, they are still comparable overall. Over two decades later, Albright’s answer still seems to send a chill down my spine, especially given how little sanctions in Iraq actually accomplished.

The last open-ended questions I have are… without sanctions, what are our options in North Korea? Are there any really left that aren’t terrifying? Diplomacy has failed. Subsidies have failed. Sanctions may fail. At that point, what options to we have outside of either (1) war, or (2) accepting North Korea having nukes, being able to deliver them via ICBMs to the continental United States, being run by a man who would consider doing so despite the obvious consequences of being wiped off the map, being the world’s largest weapons exporter to terrorist groups, starving their people through communism in a country-wide forced labor camp, and all the rest?

I’m sure some will see the obvious choice as accepting the situation and doing nothing. Hell, maybe Kim’s all talk and no action on actually using his weapons, and he’ll go away eventually, his successor will be an awesome reformer, and no more weapons will find their way to harmful third parties. Not our business anyway, amiright? Some may see war as inevitable, or even preemptive strikes as acceptable. Bleh. Some may see sanctions with the aid of China as the last chance to change North Korea before war becomes necessary, while others may count sanctions as nothing other than a prelude to war itself. Maybe we should just pray that Russia and China handle it? They both have the means and the incentive to keep them in line to at least some extent, and they are the leaders who are actually in the region with proximity encouraging caution and sober reflection… though they only recently started expressing much interest in taking them seriously as an actual threat and Russia already appears to be backing off the hard line. None of the easy answers seem acceptable, but we’re getting to the point where “none of the above” is no longer an option. 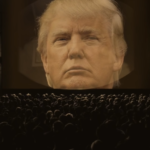