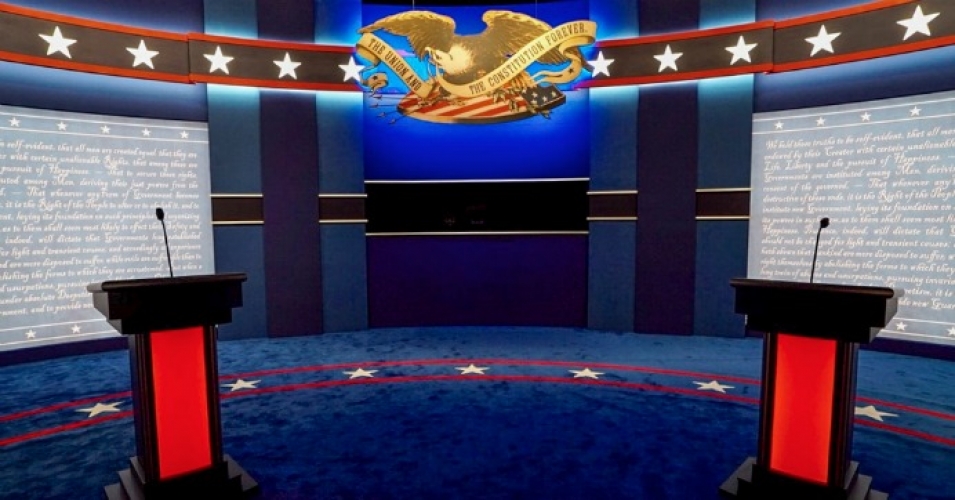 Perhaps more than any time in recent history, people around the world are living in politically and societally contentious times.  This results in greater tensions among the people who live through it, and it escalates the need for effective debate among those people.  Everyone involved in debates wants to be heard, and to get their point across.  This is true in all forms, whether it be over social media, face to face, or on the debate stage.  But how can one most effectively debate?  Let’s lay out a few ground rules.

Ask Yourself, “What am I trying to accomplish in this debate?”

If you don’t want to accomplish anything, or if you just want to troll or throw stones, then you can disregard the rest of these rules.  In fact, you can stop right…here.  But if you have a mission – if you want to change hearts and minds, or get your opponent to think about an issue from a perspective that they perhaps have not taken before, then remain conscious of this throughout the debate.  In order to get your point across, you must carry yourself in same manner that you would be receptive to your opponent carrying his or herself.

Personal Insults Do Nothing

Nothing will ensure that your opponent will shut down and disregard your ideas quicker than personal insults.  Whether you insult your opponent’s intelligence, appearance, or their mother, you can rest assured that, after the first personal insult you throw at them, you will not open their mind to any of your ideas throughout the remainder of the debate.  Benjamin Franklin, founding father and the first American Ambassador to France, once said, “I will speak ill of no man and speak all the good I know of everybody.”  Effective debates must be entered upon with an understanding of mutual respect.  If your opponent does not feel respected, he or she will be less receptive to your ideas, no matter how good they are.

Leave Ego Out of it

Many times, we get so tied up in our own pride that we will defend our position even in the face of clear-cut evidence of its lack of validity.  It is human nature to not want to admit being wrong, but if our intention is to have real solutions to real issues, we must realize that we cannot be right about everything.  Ralph Waldo Emerson said: “Every man I meet is my superior in some way, and in that I learn from him.”  This oftentimes extends to issues of intellect.  In debate, one must realize that their opponent may be more knowledgeable on an issue or string of issues than they, and must approach the debate with such an attitude.

Listen to Your Opponent’s Perspective, Don’t Just Wait to Give Your Own

If you are already formulating your response before your opponent finishes or even begins with theirs, you are missing out on perhaps the most important part of debate: listening.  Many see debate as a race to make the most points for one’s own stance while discrediting the most points from his or her opponent’s stance.  The truth, however, is that neglecting to acknowledge perspectives you don’t already hold and facts you don’t already know will prevent you from learning anything.  If all of humanity were to apply that method as a rule, then we would be destined for constant polarization and groupthink, which would eventually lead to a state of constant conflict.

Construct Your Thoughts in a Way That Can Be Easily Understood

If you willingly enter into a debate, it is undoubtedly for the reason of articulating your ideology on at least one issue, if not more.  Personally, I have been in many a debate where the person on the other side said something that I went over multiple times in my head, and couldn’t understand what they were trying to say.  Having your message misunderstood can stem from a few things.

In many cases, being misunderstood in debate stems from careless construction and haphazard articulation of your point.  The laws of grammar become exponentially more binding in debate, and failure to adhere to them could result in people not taking you seriously, or even believing that you are saying the opposite of what you mean.

In other cases, being misunderstood could stem from not knowing your audience or, in the case of debate, your opponent.  If you are explaining ideas from the perspective of an economist, doctor, engineer, lawyer, or another profession, it is important to realize that there are terms and ideas which come with the territory of that profession that many people will not understand.  That does not mean your opponent or audience is unintelligent, and it doesn’t make you wrong.  One must realize that they must explain their ideas in a way which can be understood by the receiver.  As the old saying goes, “Keep it simple, stupid.”

These rules cannot capture the entire essence of debate, nor can they account for every situation, but if all parties involved keep them in mind and adhere to them, they should be able at any time and over any issue to carry out a high-spirited, meaningful and effective debate.