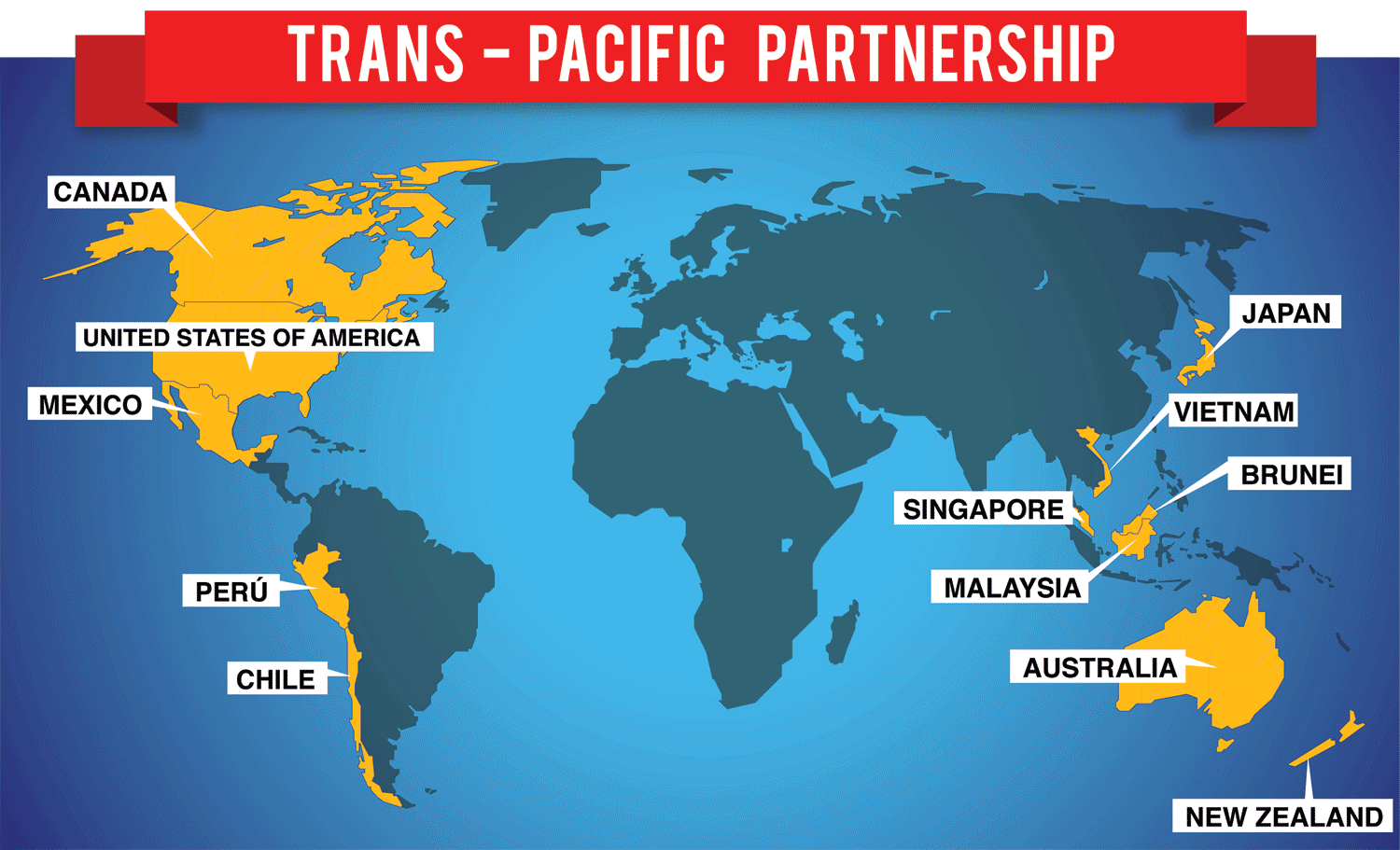 The Trans-Pacific Partnership would marginally boost job growth, income levels and exports in the U.S., according to a study published Wednesday by the International Trade Commission.

The commission estimates the landmark trade deal negotiated between 12 Pacific Rim countries – signed by President Barack Obama earlier this month, but not yet approved by Congress –  would increase real incomes by $57.3 billion or .21 percent higher than baseline productions, add 128,000 full-time jobs, up the wage rate by roughly .19 percent and increase the GDP by a projected $42.7 billion over the course of 15 years.

“The overall impact of the TPP Agreement would be small as a percentage of the overall size of the U.S. economy; it would be stronger with respect to countries with which the United States does not already have a free trade agreement (FTA) in force: Brunei, Japan, Malaysia, New Zealand, and Vietnam,” the report reads.

The  study found the country’s agriculture and food industries would see the greatest economic benefits under the deal, with their output going up by $10.0 billion, or 0.5 percent by 2032. The services sector would also see the benefits of the agreement, taking in gains of $42.3 billion in output over 15 years.

The manufacturing, natural resources and energy industries would take a 1 percent hit, coming in $10.8 billion less than baseline projections.

The economic gains are slightly less than what The Peterson Institute for International Economics estimated in its January report, which estimated incomes to go up by incomes by an estimated $131 billion a year and annual exports to increase by $357 billion.

Austan Goolsbee, the former chairman of President Obama’s Council of Economic Advisers who now teaches at the University of Chicago, said Peterson’s findings likely give a more accurate depiction since the ITC’s model doesn’t factor in gains in certain industries.

“I think the ITC model has always been basically just manufacturing and not including services. in the old days that didn’t matter – almost all exports were goods – but these days that dramatically understates things because U.S. is biggest service exporter in the world,” Goolsbee told The Daily Caller News Foundation. “The Peterson number includes everything (as well as some other methodological differences) and I think is widely viewed as more accurate.

American Action Forum President Doug Holtz-Eakin agreed, saying he expected the numbers to be lower since he doesn’t believe they have as sophisticated a model since it doesn’t factor in some of the non-tariff barriers.

Holtz-Eakin said if the U.S. backs away from the agreement it will reflect poorly on the country and have a negative economic impact in the long run.

“I think it’s very bad from the perspective of global leadership.  I think the countries that participating in TPP will look at the U.S. as someone who is stepping back from taking a leadership role, that to me would be an enormous mistake,” he told TheDCNF. “We were successful in ultimately bring down the Soviet Union in part because we knitted together  the Western Alliance through the GATT (General Agreement on Tariffs and Trade) process and the WTO (World Trade Organization) – it wasn’t all economic benefits we were looking for. We are looking for shared values and allies. You don’t want to give up on that.”

Two-Parent Families Get Subsidized Housing By Posing As Single Mothers