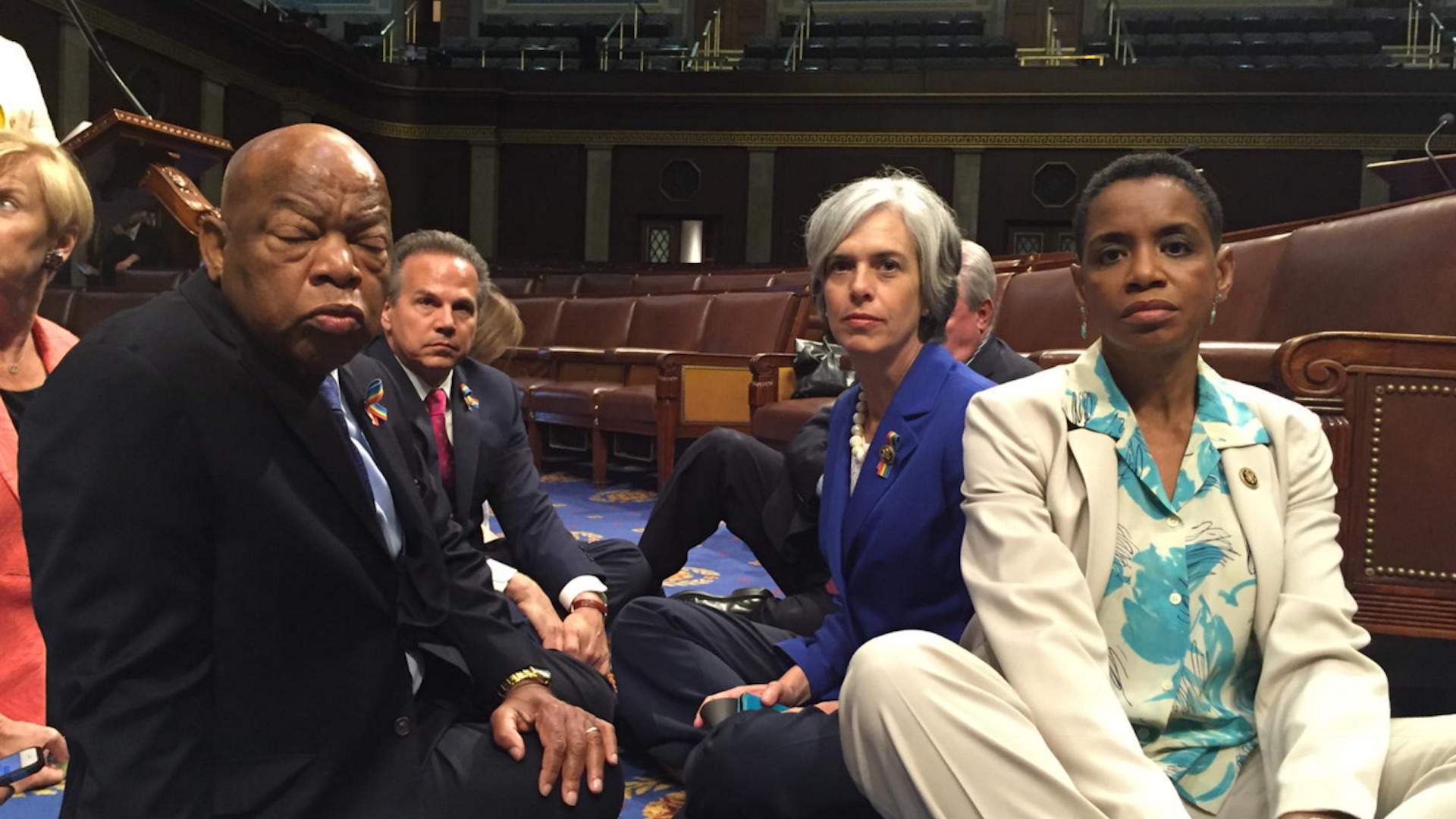 Yes, it’s true. According to a new report, 26 of the participating Democrats wanting to take away access to guns for everyday citizens are themselves proud gun owners.

“Congressional Democrats ended their 25-hour sit-in on the House floor this afternoon, failing to force a vote on two pieces of gun legislation. The controversial sit-in included 26 Democratic lawmakers who themselves own guns, Heat Streetlearned after examining 2013 USA Today data on congressional firearms ownership. The participants also included 12 more Democrats in Congress who either didn’t respond to USA Today’s gun survey or declined to say whether or not they possessed a firearm.

The sit-in, launched by civil-rights leader Rep. John Lewis, centered on two pieces of proposed gun legislation. One would expand background checks to cover all commercial gun sales; the other seeks tougher prohibitions against gun purchases for terror suspects.

The participation of Democratic gun owners can be viewed as the pursuit of reasonable compromise by left-wing firearm fans—or, potentially, as hypocrisy.“

The full article, complete with a list of every Democrat that participated, can be found HERE.

Feminists “Fight Back” Against Flirtatious Men by Assaulting Them (VIDEO)

District Revokes Pension Benefits For Teachers Who Only Did Union Work