When you first learned about the U.S. Constitution in school back in the day, you didn’t know it at the time, but you were also getting your very first lesson in contract law.

It is, after all, a contract. And a remarkably efficient one at that, weighing in at a very modest four pages. (Consider that the main body of the Missouri state constitution runs a mind-numbing 167 pages.)

The U.S. Constitution is a contract between the people and the government that spells out exactly what the federal government can and cannot do. However, its original form was a bit light on the “cannot” part for many Anti-Federalists, so the Bill of Rights was added to hobble the new government somewhat. A restrictor plate, if you will.

It occurred to me that perhaps it would be fun to rank the various Constitutional amendments.

As I have problems with brevity, we’re going to have to do this in two parts. This week is part one.

The first amendment is not only first in numerical order, but it is first in our hearts. The Bill of Rights starts off with a bang, declaring that we can say what we want, write what we want, worship what we want, gather when we want, and read the government the Riot Act pretty much any time we want. Hell yeah, brother.

10th Amendment: States that the federal government possesses only those powers delegated, or enumerated, to it through the Constitution

This very simple amendment is also very powerful. I mean, it would be, if anyone actually paid attention to it anymore.

Folks who are in the insurance industry should be familiar with named perils and open perils; this concept is similar. The federal government is supposed to have “named” powers, which are significantly more restricted than “open” powers (with various exclusions.) Everything else goes to the people or the states.

9th Amendment: States that rights not enumerated in the Constitution are retained by the people

This is an example of “open” powers, which are much more expansive, at least in theory. And these go to the people. Together, Amendments 9 and 10 (in a perfect world) forge a strong set of handcuffs for our federal government.

2nd Amendment: Protects the right to keep and bear arms

This is the favorite amendment of many libertarian types and right wing ammosexuals. Leftists like to try and poke holes in this one with the words “well regulated” and “militia”, while conveniently ignoring that whole “shall not be infringed” thing.

The saying goes— this one particular right helps to guarantee all others.

13th Amendment: Abolishes slavery and involuntary servitude, except as punishment for a crime

As chattel slavery is just about the most un-libertarian thing imaginable, this maybe should be number one on the list. It’s not, however, because it really only applied to the Southern states. The Yanks had freed their slaves peacefully decades before, or never allowed the practice in the first place. Had this amendment ended slavery in the entire country, it would be number one with a bullet.

The exception for criminal punishment is also troublesome in its own way.

Also, this amendment should effectively outlaw conscription, right? Isn’t the draft another kind of involuntary servitude? Yeah, no.

4th Amendment: Prohibits unreasonable searches and seizures and sets out requirements for search warrants based on probable cause

Come back with a warrant indeed! This is the foundation for our “right to privacy”, such as it is, along with fringe elements of the 1st, 5th, 9th, and 14th Amendments.

5th Amendment: Sets out rules for indictment by grand jury and eminent domain, protects the right to due process, and prohibits self-incrimination and double jeopardy

Even more restrictions for the government. This country is lit.

6th Amendment: Protects the right to a speedy public trial by jury, to notification of criminal accusations, to confront the accuser, to obtain witnesses and to retain counsel

Yet another speed bump for our government. The wonders never cease.

(Most of this stuff is old hat for the Western world in 2021, but a lot of it was absolutely radical for the entire world in 1789.)

15th Amendment: Prohibits the denial of the right to vote based on race, color or previous condition of servitude

One of several other amendments adopted after the Civil War. Freedom is great, but with voting rights, it’s even better.

19th Amendment: Prohibits the denial of the right to vote based on sex

Despite some folks who might argue (hopefully tongue in cheek) otherwise, voting rights should apply to every adult of sound mind. Even people with vaginas!

21st Amendment:  Repeals the 18th Amendment and makes it a federal offense to transport or import intoxicating liquors into U.S. states and territories where such is prohibited by law

In other words: repealing Prohibition. As a person who has been known to have a drink now and then (mostly now), I have a certain fondness for the only amendment that specifically repeals another amendment. Just so happens it repealed a really shitty amendment, so the 21st deserves some love.

14th Amendment: Defines citizenship, contains the Privileges or Immunities Clause, the Due Process Clause, and the Equal Protection Clause, and deals with post–Civil War issues

It’s kind of hard to believe that equal protection wasn’t in the Constitution until after the Civil War, but it’s true. Meant to shore up civil rights for freed slaves, it also had some nice bonuses for everyone else.

22nd Amendment: Limits the number of times a person can be elected President.

24th Amendment: Prohibits the revocation of voting rights due to the non-payment of a poll tax or any other tax

You know what’s also hard to believe? That of all the civil rights stuff that was passed in the 1960’s, only one thing required a constitutional amendment. And it’s this one.

25th Amendment: Addresses succession to the presidency and establishes procedures both for filling a vacancy in the office of the vice president and responding to presidential disabilities

Presidential succession wasn’t such a big deal until the Cold War, when it became possible for the entire government to be wiped out in one fell swoop. (Hence the “designated survivor” rule.) Ensuring that someone always had a finger on the nuclear button, and that this person was also sane, became a rather big deal.

This was also meant, in part, to address things like the Weekend at Bernie’s style end of Woodrow Wilson’s presidency.

26th Amendment: Prohibits the denial of the right of US citizens eighteen years of age or older to vote on account of age

One of the only good things to come out of our adventures in southeast Asia. Trivia point: this only applied to federal offices, so for a while some states had to offer different ballots to people depending on their age. All states eventually lowered the voting ages for state offices to jive with the new federal rule.

Now if we could only lower the drinking and smoking ages…

7th: Amendment: Provides for the right to a jury trial in civil lawsuits

This is one of only two amendments from the Bill of Rights that’s a bit of a dud. Juries in criminal matters were already covered in the Sixth Amendment. Civil trials aren’t as sexy. Having seen several civil trials up close and personal, I can tell you that a jury isn’t always a good thing. I’d rather have a bench trial with a good fair judge every day of the week and twice on Sundays.

This was written in reaction to the clusterfuck that was the election of 1800, in which Aaron Burr almost accidentally won the presidency when he was only (technically) running for Vice President. This established a separate vote for president and vice-president, and did away with the idea of the second place presidential vote winner serving as vice president.

I actually rather like the idea of the second place winner being vice president. So I would rather just see one vote for president and no votes for vice president, with the runner up hanging out at the Naval Observatory and hoping their bitter rival dies. This would have given us such delicious executive dynamic duos as Trump-Clinton, Bush-Gore, Adams-Jackson, Lincoln-Breckenridge, Hayes-Tilden, and so forth.

20th Amendment: Changes the dates on which the terms of the President and Vice President, and of members of Congress, begin and end, to January 20 and January 3 respectively. States that if the President-elect dies before taking office, the Vice President–elect is to be inaugurated as President.

This was enacted in 1933 in order to cut down on the “lame duck” period between presidential administrations. Thanks to advances in travel, you didn’t need four frickin’ months to get your shit together. (Although four months might’ve been handy in the whole Bush v. Gore thing.) Trump’s lame duck period was wild enough; imagine another month plus of it. Nah.

Tune in next week for the rest of the “meh” amendments, and the grand finale: the worst amendments. 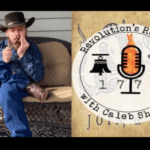 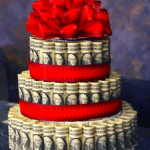