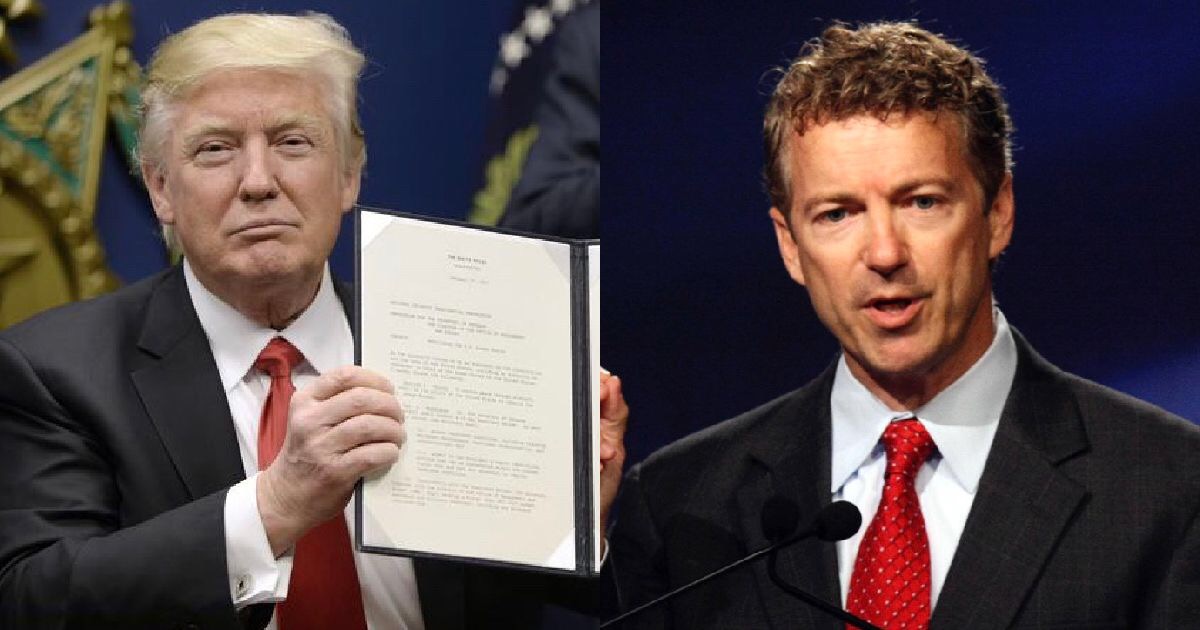 Senator Rand Paul (R-KY) announced Saturday in a speech at Southern Kentucky Lincoln Day Dinner that he would vote in favor of a resolution blocking President Trump’s Emergency Declaration saying, “I can’t vote to give extra-Constitutional powers to the president.”

In the speech given at an event mainly praising the actions of President Trump, Senator Paul made an interjection about his thoughts on Trump’s National State of Emergency, saying it would set a dangerous precedent. He made this statement in front of 200 Republican politicians and supporters.

“I can’t vote to give the president the power to spend money that hasn’t been appropriated by Congress,” Paul said just moments after drawing applause for his praise of some Trump policies and his ridicule of some congressional Democrats. “We may want more money for border security, but Congress didn’t authorize it. If we take away those checks and balances, it’s a dangerous thing.”

Paul’s statement on Saturday may well mean a halt to President Trump’s plan to use emergency powers to secure billions of dollars for his border wall project on the U.S./Mexican border, given that the Democrat-controlled House of Representatives has already voted to reject giving President Trump emergency powers, and the Republican-controlled Senate is expected to vote on a similar proposal soon.

Paul’s announcement that he will vote in favor of the resolution is important to note given that three GOP senators – Susan Collins of Maine, Lisa Murkowski of Alaska and Thom Tillis of North Carolina – have already said they will vote to derail the emergency declaration. If Paul joins them and the Senate’s 47 Democrats, the president will need to veto the measure to get his emergency money.

But Paul’s announcement of his intention to vote against the emergency powers was the lone discordant moment in the event that is the Warren County Republican Party’s largest fundraiser of the year.

Paul himself lauded Trump for his judicial appointments, particularly Supreme Court Justice Neil Gorsuch. He also called Trump’s State of the Union address a “great speech” and praised his stand against socialism and his comment that “great nations don’t fight endless wars.”

Senator Paul is arguably one of the biggest allies to libertarian ideas currently serving in the U.S. Senate. His announcement that he will vote to block executive overreach will likely be praised by libertarians and conservatives who care about the constitutional balance of power.

Amash Not Ruling Out 2020 Run For President Under Libertarian Ticket