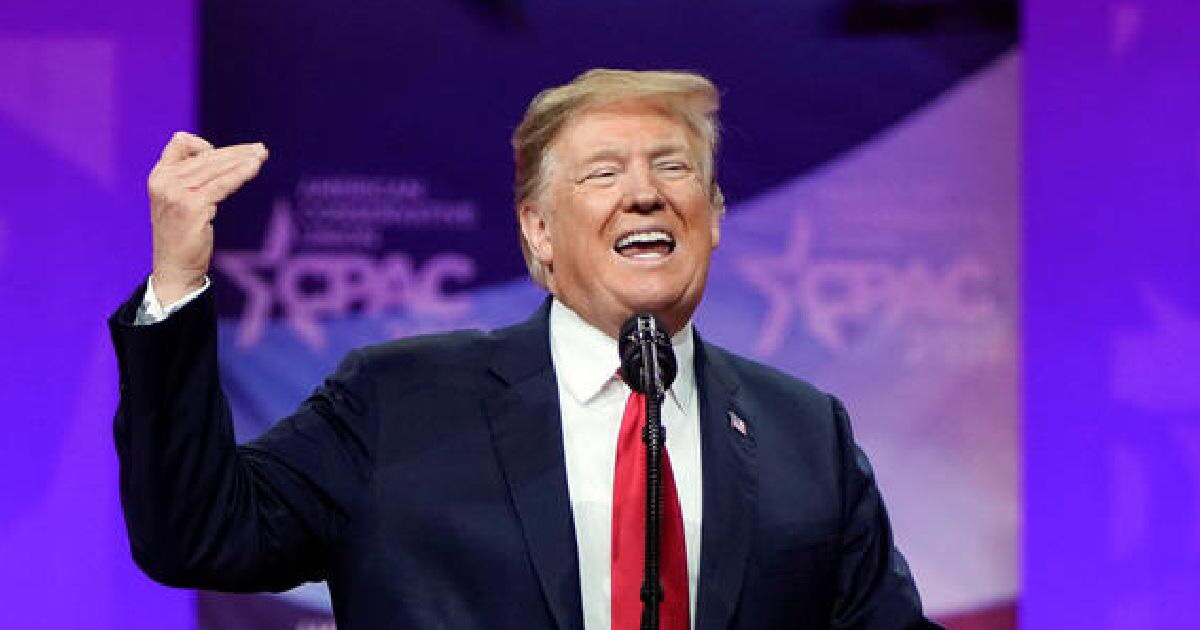 President Donald Trump mercilessly mocked the “Green New Deal” in his speech at CPAC on Saturday as he told Democrats to keep supporting the massive socialist legislation.

“They have to go out and get it, but I’ll take the other side of that argument, only because I am mandated to. But they should stay with that argument and never change. No planes. No energy. When the wind stops blowing, that is the end of your electric,” Trump went on to say.

At this point, the crowd roared with a thunderous burst of laughter.

“Darling, is the wind blowing today? I would like to watch television, darling,” Trump said mockingly.

According to Fox News, Trump reportedly went off script, and his jokes were an utter delight to the crowd at CPAC.

President Trump’s comments come after House Speaker Nancy Pelosi refused to commit to holding a vote on the Green New Deal touted by progressive lawmakers, saying Congress needs something that is “evidence-based.”

President Trump seems to have a new goal in mind – to “Make America Laugh Again” – and it seems many people like seeing this side of the Commander-in-Chief.

An Energized Trump Base Will Win in 2020, Leaving AOC Dems in the Dust