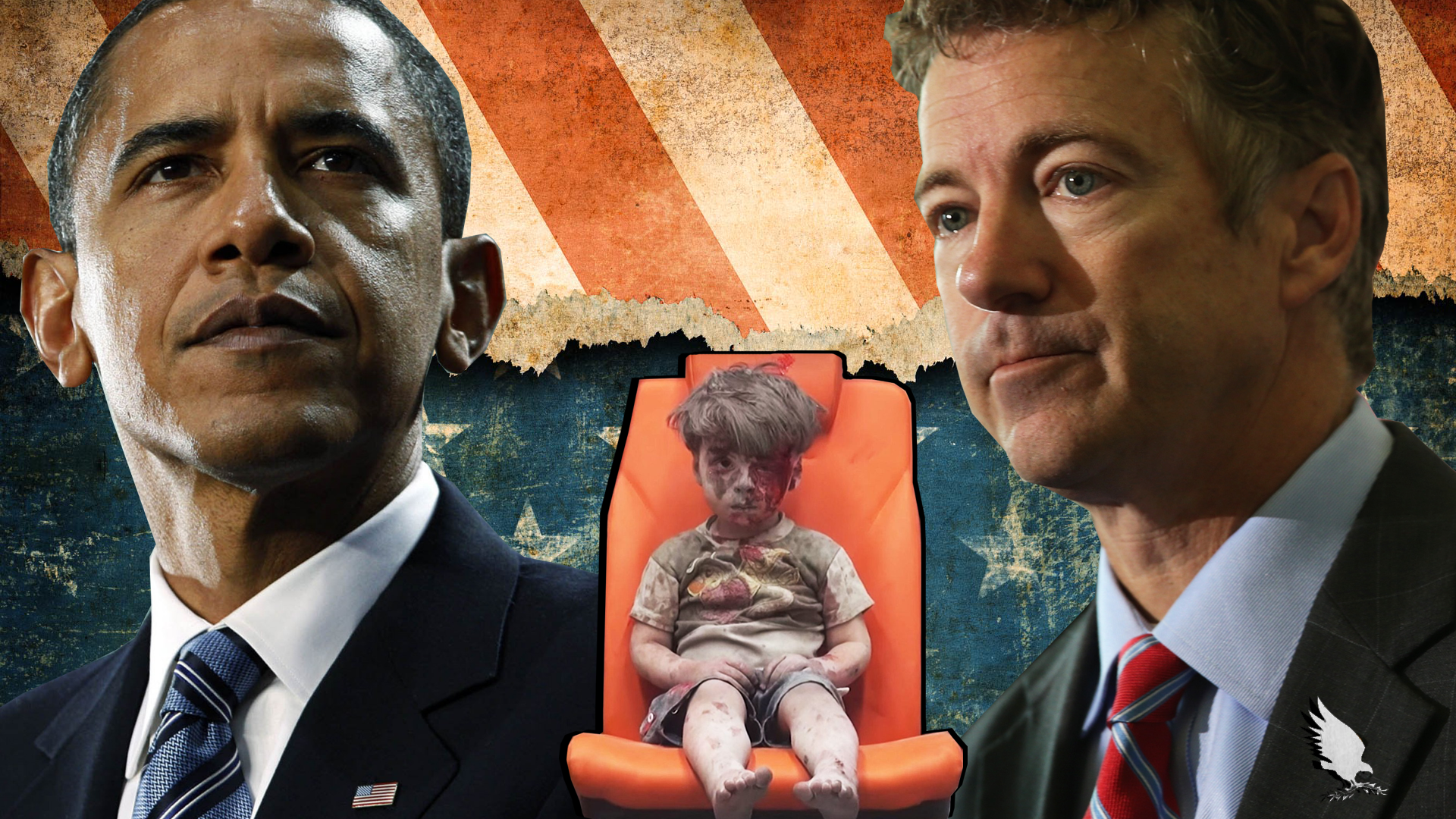 Senator Rand Paul has long been critical of the current administration’s foreign policy. You can often hear his illustrious father, former congressman Ron Paul, in the rhetoric of the western Kentucky doctor when it comes to a non-interventionist approach in dealing with other nations. Earlier today, an op-ed from the Senator was published on Foxnews.com criticizing the lunacy of the current U.S. foreign policy in Syria and detailing how the government’s meddling has only made things worse. He writes:

We are seeing reports that U.S. arms are fighting U.S. arms. Turkey has rolled U.S.-made M60 tanks into Syria to attack U.S.-backed Syrian Kurds. These Kurds have our weapons and support — and have had special forces embedded with them. We helped these Kurds take towns from ISIS, yet now we watch our ally in Turkey attack them and our Secretary of State tells them to retreat from the gains they made with our help. A few miles away in Mare’, Syria, CIA-backed “moderate” Syrian rebels fight Pentagon-backed Turkish Kurds.  All the while ISIS slithers away into the shadows to watch two U.S. allies devour each other.

The Senator points out here that various forms of U.S. intervention into the region have resulted in a convoluted outcome that has multiple beneficiaries of the government’s “good intentions” at each others throats in a wonderfully muddled soup of violence and confusion. His father has long warned about the inevitable consequences of getting involved in the affairs of other nations and cultures that we don’t rightly understand. Look at what he had to say in 2007:

“I believe very sincerely that the CIA is correct when they teach and talk about blowback. When we went into Iran in 1953 and installed the shah, yes, there was blowback. A reaction to that was the taking of our hostages and that persists. And if we ignore that, we ignore that at our own risk. If we think that we can do what we want around the world and not incite hatred, then we have a problem. They don’t come here to attack us because we’re rich and we’re free. They come and they attack us because we’re over there. I mean, what would we think if we were –if other foreign countries were doing that to us?”

Rand’s concern about the cavalier attitude with which the current (and past) administrations have approached getting involved in the serious (and dangerous) affairs of other nations is almost certainly prudent. At times, watching this play out is akin to observing small children playing a video game that has no real consequences if they mess up. They can just restart and try something else while hundreds, thousands, or even millions of (simulated?) people die in the game — or in real life. Senator Paul opines:

So far in this war we have funneled weapons to terrorists, armed multiple sides and generally acted as if we don’t have a clue what to do in the region — and we’ve done it all unconstitutionally… War, of course, should not be entered into lightly. Our Founding Fathers understood this, debated it extensively and delegated power to declare war to Congress. Congress should assert itself — declare war, or not, and give our soldiers a clear mission. Our soldiers deserve this.

What do you think? Is the Senator right? Has the U.S. government gone way off the reservation when it comes to a Constitutional foreign policy? Are you in favor of the U.S. policing the world? Let us know you thoughts on Facebook or in the comments below.