Several senators want to block a weapons sale to Saudi Arabia, part of a much larger package of arms sales touted by President Donald Trump.

Kentucky Republican Sen. Rand Paul and Connecticut Democrat Sen. Chris Murphy hope to vote on whether to approve a package of weapons sales as early as Thursday, Politico reports.

Paul and Murphy argue that selling weapons to Saudi Arabia effectively involves the U.S. in a proxy war in Yemen, where Saudi backed forces have reportedly killed thousands of civilians and fueled the rise ISIS and al-Qaida.

The senators expect support from most Democrats and a few Republicans. Paul believes “the general public is with us,” according to Politico.

“I think, if you were to ask the general public, should we be at war in Yemen or supporting war in Yemen, I think most people would say, ‘where?’” Paul said. “I think there should be a valid debate on it.”

Trump’s massive arms deal is less of a deal and more of a collection of signed letters of intent, according to a report from the Brookings Institute. The $100 billion figure includes contracts finalized before Trump was elected.

Former President Barack Obama approved a total of $115 billion in sales to Saudi Arabia during his two terms.(RELATED: Trump’s $100 Billion Weapons Sale To Saudi Arabia Would Be Largest In History)

The vote on the arms deal could be a lot closer than previous attempts to stall weapons sales to Saudi Arabia. Paul and Murphy pushed the Senate to vote on a $1.15 billion deal September 2016, which allowed the agreement to go through in a 71- 27 procedural vote. Congress has 30 days to review military sales to non-NATO countries under the Arms Export Control Act.

Paul and Murphy also proposed a resolution prohibiting any weapons sales to Saudi Arabia in May. That bill was referred to the Senate Committee on Foreign Relations.

The Department of State has notified Congress of several potential military sales to Saudi Arabia in the past few weeks, including training programs for the Saudi Navy and Air Force, and a $662 million for a package of offensive shells and projectiles and launching equipment. 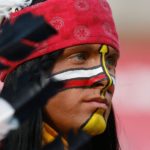 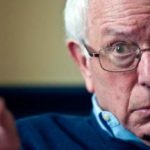 Buy viagra in us