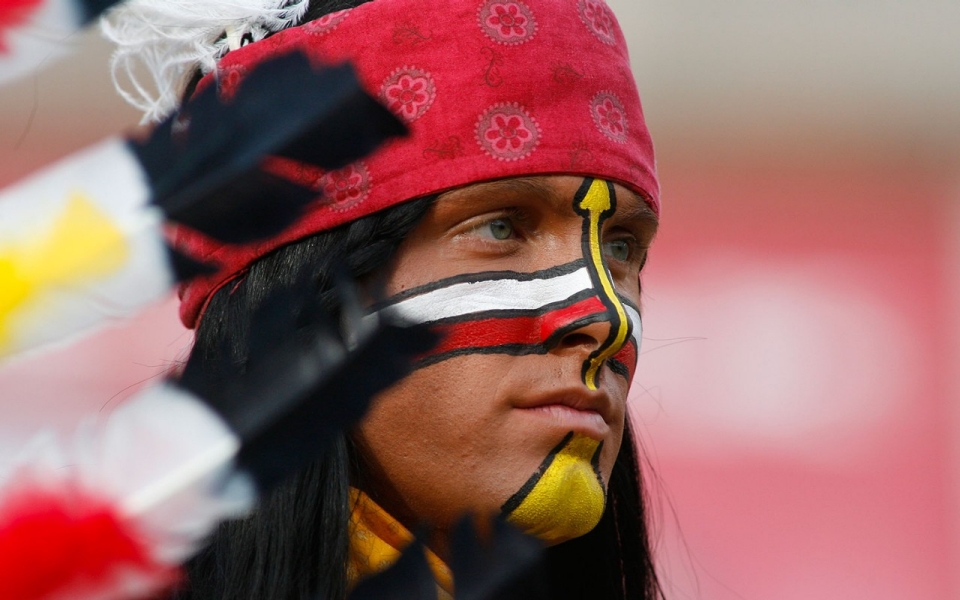 Massachusetts lawmakers presented a bill in a public hearing Tuesday that would ban American Indian mascots in public schools.

The bill, filed by Democratic state Sen. Barbara A. L’Italien, was proposed after the town of Tewksbury refused to change the name of its “Redmen” high school mascot.

If the bill gets approved, it will “prohibit the use of Native American mascots by public schools in the Commonwealth,” and defines mascot as “a name, symbol, or image that depicts or refers to an American Indian tribe, individual, custom, or tradition.” It would ban any Native American “mascot, nickname, logo, letterhead, or team name.”

Forty-one schools in Massachusetts use Native American mascots, nicknames, and logos according to the New England Mascot Coalition.

A Tunica-Biloxi tribe member from Louisiana said that imagery like the Tewksbury logo is racist and offensive to Indians and “minimize[s] our culture and our contributions,” according to ABC affiliate WCVB.

“We’d like to see names in Massachusetts that are not discriminatory,” another local resident, Linda Thomas, told WCVB. “The name has become so integrated and repeated that the meaning is lost,” she said.

There are divisions among American Indians, however. Gene Williams, a Narragansett Indian, sees nothing wrong with Indian mascots. “My people need help,” but going after mascots is “not the kind of help we need,” said Williams. “It could get worse for us by causing a division between my people and other people,” he said, according to News 12.

State Rep. James Miceli, who represents Tewksbury, urged lawmakers to reject the bill and said that the town’s people overwhelmingly support keeping the “Redmen” name, according to WCVB.

The Massachusetts bill mirrors those already passed in Minnesota and Wisconsin banning Indian mascots in school districts, and takes heed of the 1993 Washington State Board of Education resolution encouraging schools to drop Native American mascots.

There has long been discussion about use of Indian mascots in professional sports, most notably around NFL’s Washington Redskins and the MLB’s Cleveland Indians. The U.S. Patent and Trademark office declined to register trademarks for the Redskins in 2014, citing federal regulations against protecting offensive words and images. The team argued that the rule violated the First Amendment.

Massachusetts residents are waiting on a verdict, as a final decision was not made at Tuesday’s hearing.