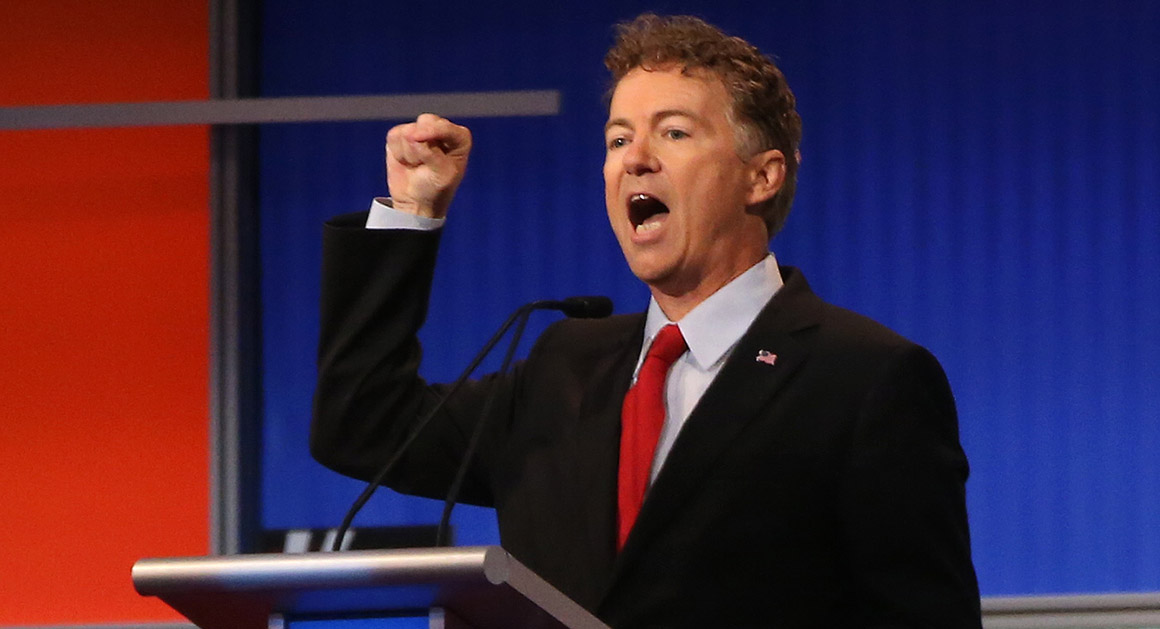 Rand Paul has had enough with the people who use every terrorist attack as a chance to steal your liberty.

After the terrorist attacks in Paris, there has been a predictable and steady drum beat by the power-hungry to further curtail Americans’ liberty in the name of security.

Even though those calling for more mass surveillance cannot show how such programs would have stopped the attacks in Paris or any other terrorist attack, they are still willing and ready to say your freedom is the price you must pay for your security.

But Rand Paul has a different message for you and for those wishing to take away your liberty.

Speaking at George Mason University in front of several hundred students, Rand Paul had this to say:

“So when they stand up on television and say, the tragedy in Paris means you have to give up your liberty, we need more phone surveillance. Bullshit!

Are you allowed to use profanity? Are we in the free speech zone?

Columbia Student Claims To Be Traumatized By Reading About White People