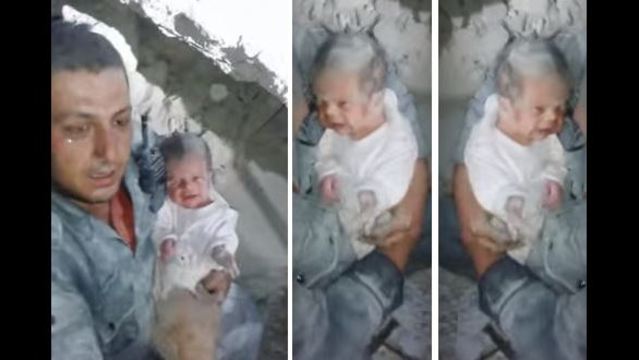 Footage of a baby’s rescue from the rubble of a blown apart building in Allepo, Syria has become an award winning charity video. The remarkable footage can be seen below.

The awards recognize the best and worst among fundraising videos online. The best video, winner of the Golden Radiator, was by the White Helmets, a volunteer aid organization working in the areas of Syria worst hit by the country’s civil war.

The video shows the rescue, in July 2014, of a newborn baby from the rubble of a building destroyed by what rescuers in Aleppo said was a barrel bomb.

The rescue took a reported 16 hours. Storyful first reported on the rescue here. Thousands have been killed by barrel bombs in Aleppo in the first half of 2014, according to news reports.

Rand Paul: It’s “Bullshit!” To Give Up Liberty for Security