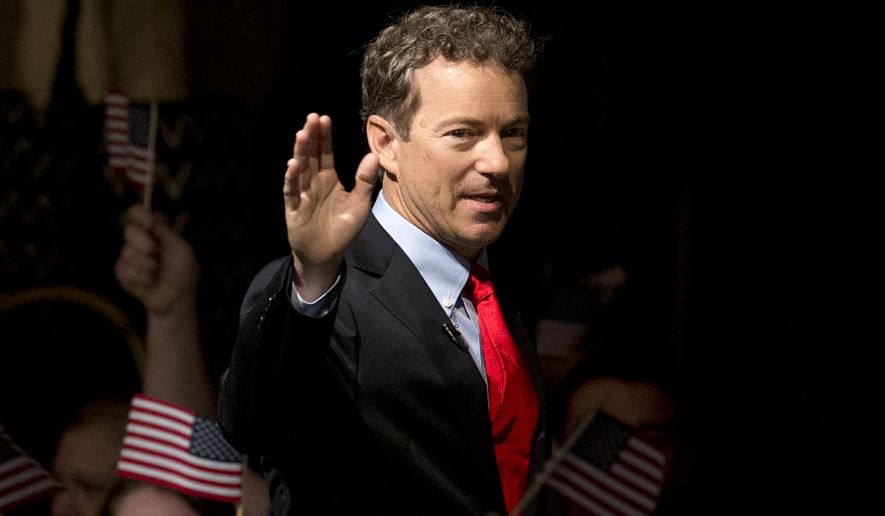 Paul Could Write Iowa Story Akin to Santorum’s in 2012

It seems like just yesterday that many news networks were cheerfully mourning the end of Rand Paul‘s 2016 presidential campaign. However, it may be the case for Paul that the Iowa Caucuses serve not as a beginning of the end, but rather the end of the beginning.

The election thus far has seen numerous twists and turns, not the least of which have occurred in Iowa. In July and August, Scott Walker was at the top of the pack in the Hawkeye State, only to crater in the polls and withdraw from the race altogether in September.

Since that point, Iowa polls have been mostly dominated by Donald Trump, who has faced challenges of varying degrees from Ben Carson, Ted Cruz, Carly Fiorina and Marco Rubio.

However, more than any campaign in history, 2016 has drawn attention to flaws in polling techniques. This is amplified in caucus states in Iowa, where numerous factors other than mere preferences come into play.

As well-known pollster and statistician Nate Silver has pointed out, some polls are very “loose” in screening who they poll. Silver points out that this leads to polls like one conducted by CNN which predicts a voter turnout in the Iowa Republican caucuses of about 320,000 — more than double the 121,000 turnout in 2012.

In addition, polls use past trends to predict future turnout for demographics. In Iowa, this has led to pollsters surveying under-thirty voters in a manner resulting in that group representing only about 5% of sample sizes.

Extremely noteworthy is that the Iowa Caucuses — unlike in 2012 — will take place while college is in session, by default leading to an increase in youth voters. This is particularly important when noting that Rand Paul has created, in “Students for Rand,” arguably the greatest youth outreach operation in American electoral history. The group has pledged to mobilize at least 10,000 students to caucus for Paul in Iowa and has made nearly one million calls into the state. As a whole, Paul’s ground game in Iowa has been consistently ranked among the best. His campaign has over 1,000 precinct captains, nearly doubling his father’s 2012 total.

Conversely, Donald Trump’s ground game is nonexistent: unprecedented for Iowa, but perhaps not surprising for a political novice. Another political newcomer, Ben Carson, has put together a much better infrastructure, but has seen his campaign slowly implode over the last several months.

Meanwhile, even using measuring techniques that are likely flawed, Rand Paul has picked up serious steam, rising to fifth place in Iowa in multiple polls, likely propelling him into FOX News’s main stage debate on Thursday. After being pushed off the stage for the last debate, Paul calmly used the slight to his advantage, mobilizing his supporters and drawing comparisons to his father’s “blackout” in 2012.

With one week to go in 2012, Rick Santorum was in sixth place out of seven candidates in the RealClearPolitics average in Iowa, just ahead of Jon Huntsman, who had elected to forego the caucuses. Santorum would go on to rise by seventeen points by the time voting concluded, pulling off one of the most improbable feats in political history.

Why can’t Paul do the same this time? According to polls, anywhere between 30% and 50% of Iowans have yet to make a firm choice as to their selections for February 1. When they arrive to caucus, they are likely to hear and see dozens of younger people expressing their excitement for a new kind of Republican.

Many have enjoyed laughing at Rand Paul’s misfortunes up to this point. However, he and his campaign have quietly worked in the background, building a campaign both in Iowa and nationally that can succeed over the long haul. If there is any truth to what seems to be occurring in this tumultuous presidential race, Rand Paul has a serious opportunity to reshape the Republican field next Monday in Iowa.