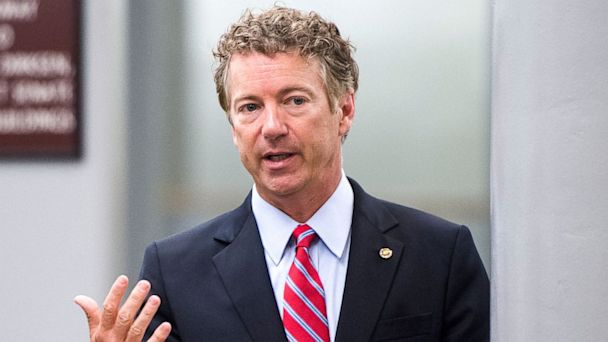 Kentucky GOP Sen. Rand Paul acknowledged getting the Trump administration on board with criminal justice reforms will be an “uphill battle” on a call with reporters Wednesday.

Paul and Leahy have long fought for reforms to mandatory minimum sentencing, working unsuccessfully to secure permanent changes during the Obama administration.

“We haven’t lost interest in it, we just will have a little bit of an uphill battle getting this administration — but I don’t think it’s impossible,” Paul told reporters. “I’ve heard there are members that are interested in it in the administration, but the administration is not unified in being for criminal justice reform. But we haven’t given up on him, and we have to get across that this is not a Republican or a Democratic idea.”

“We have to we have to get across that this is not a Republican or a Democratic idea, this is a commonsense idea,” he said on the call. “And what I’m trying to do is get a number of people who served in law enforcement as I have to join on this.”

The lawmakers said they think they have a better shot at accomplishing reforms though the legislative branch than pushing for changes in the executive branch.

“We are having conversations with people who we think are sympathetic in the administration. I don’t think particularly the attorney general is that sympathetic and really it surprised me a little bit in how aggressively he’s going in the opposite direction,” Paul continued.  “So we will do what we can with the administration, but I think if we could get something that made it out of the Senate in a bipartisan way —  I think there would be a reasonable chance we could get the president on board.”