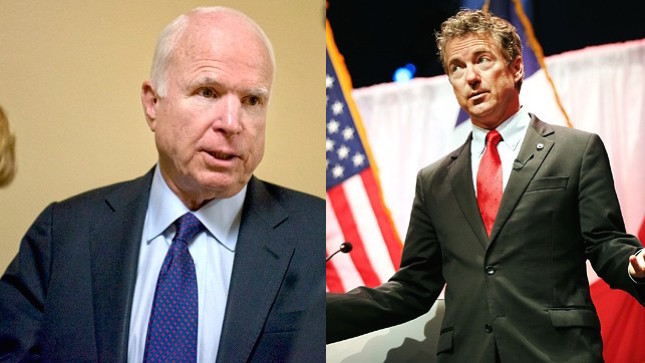 Paul asserted that the president needed constitutional authority to attack the regime of Syrian President Bashar al-Assad after he allegedly used chemical weapons against his own people. In fact, former President Barack Obama even sought congressional authorization in 2013 but was denied by congressional Republicans at the time, who claimed he needed authorization to attack al-Assad.

Even right wing radio and TV hosts agreed, arguing that the president must follow the Constitution if he wished to expand the war in Syria from attacking ISIS to the Syrian government. 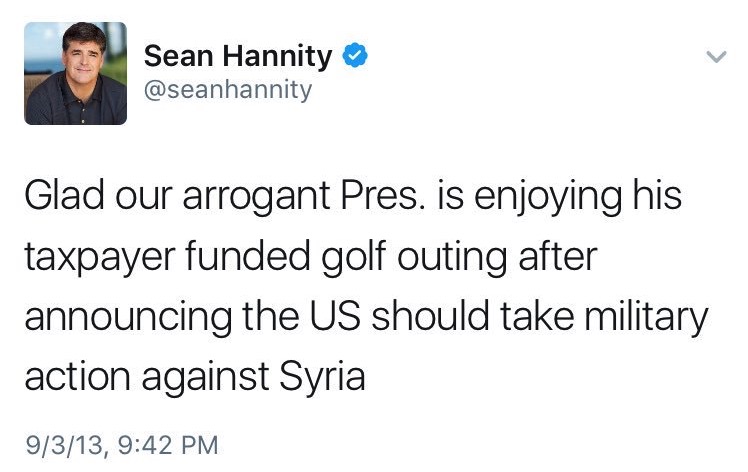 But now many of the neoconservatives who had opposed Obama’s use of force in 2013 were now cheering President Trump’s airstrikes. Many of them claimed that the 2001 Authorization for the Use of Military Force was all that was needed for Trump to attack Syria, but Paul disagreed.

“That resolution specifically says Sept. 11… and if someone is gonna come on television or in any public forum and say Assad had something to do with 9/11, they’re frankly just a dishonest person,” he said.
Paul also worried that destabilizing the Syrian regime could lead to negative unintended consequences, arguing: “You have to ask yourself: who takes over next? Are they better than the current occupant? So are the radical Islamic rebels — the radical Islamic rebels in Syria — better than Assad? There are also two million Christians … in Syria, being protected by Assad, and they fear the Islamic rebels taking over. So there’s a complicated decision-making process as to who are the good guys in the war.”
Paul then took shots at Senator John McCain, characterizing the Arizona senator’s support of the airstrikes as wrong headed. The junior senator from Kentucky blasted McCain’s justifications for unilateral action, prompting a harsh response from McCain.
From The Blaze:

“I don’t really react to Senator Paul,” McCain said disdainfully, “we’re just too different, and he doesn’t really have any real influence in the United States Senate.”

Blitzer reminded him that many other Senators agreed with Paul, and McCain said he would talk to them but not address Paul’s statement.

“So you don’t even want to respond to that,” Blitzer tried to ask again.

“Pardon me, I don’t pay any attention frankly, to what Senator Paul says,” McCain reiterated his disdain.

“But tell me why you disagree with him so much,” Blitzer asked.

“Just on this issue or a whole bunch of other issues?” Blitzer responded.

“Every other issue that I know of, that has to do with national security,” McCain answered.