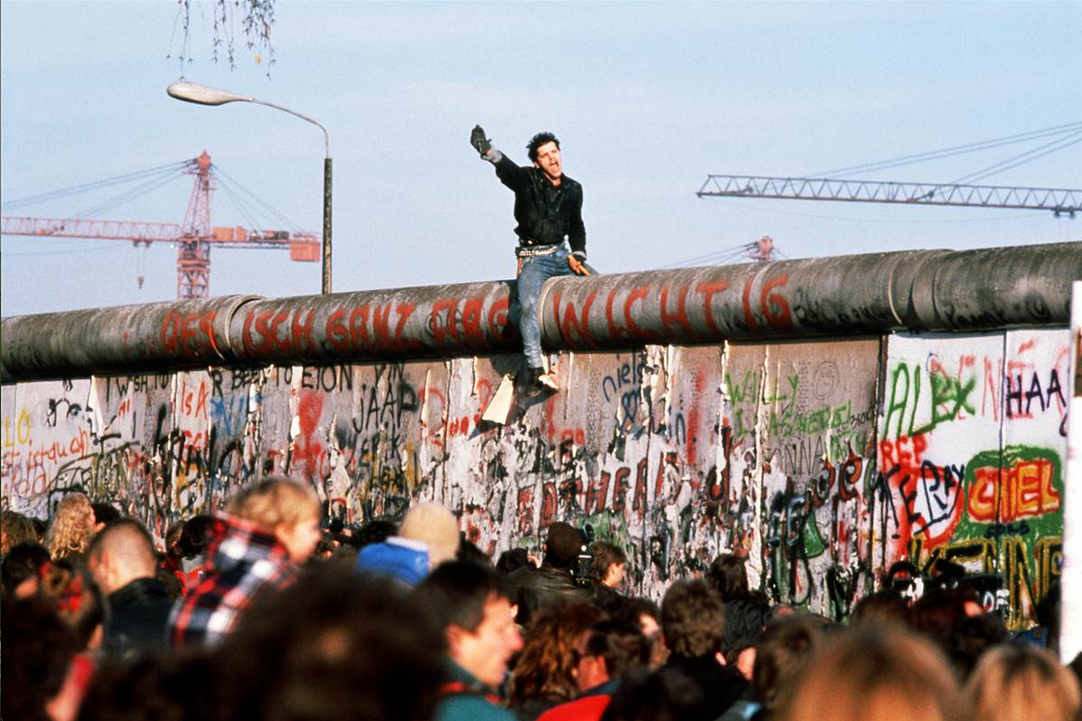 Today marks the anniversary of the fall of the Berlin Wall on November 9, 1989. Before then, East & West divided neatly down a line manned by men with guns and barbed wire. This was a time when the boundaries between cultures were laid in stone and cemented with the blood of those who attempted to cross that line. Only the brave attempted it, only the lucky survived it and the only thing that brought it down was the sheer will of the joint efforts of individuals determined to resist tyranny, even if their own lives were sometimes lost. Ronald Reagan spoke for all those who love liberty when he stated “Tear down this wall”.

The world rejoiced, the pressure intensified and the wall fell down. But the cause of liberty never sleeps, and when that wall fell civil rights activists turned their eyes to others. But not all walls are made of stone, some of them are erected in the hearts and minds of a people. Those cultural walls that divide us are sometimes the hardest to fall. 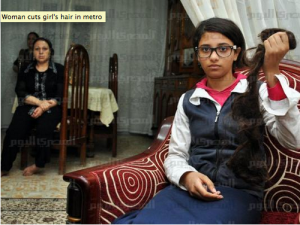 Today two Egyptian women attacked and cut off the hair of a Christian girl riding the metro. They called her “infidel” and broke her arm because she refused to wear the veil so beloved by Islāmic totalitarians. Hers was the third incident this month of girls being assaulted for not wearing the traditional head garb developed to curb the lusts of Islāmic men and subjugate their women. Egypt’s recent democratic revolution has unearthed a nasty brand of Islāmic Social Conservatism in the country. Events such as the assault over the hijab paint a grim picture of what life under theocracy is like. A culture that demands obedience to strict religious guidelines makes a police of their entire people, with all the accompanying violence backed by a mandate from heaven.

After an Arab Spring toppled their President Hosni Mubarak, the people of Egypt gave power to the notorious Muslim Brotherhood. Now the group is preparing to write a new constitution in line with Sharia law. Although the Brotherhood is undoubtedly in line with the principles of Islāmic Law, they are under pressure from the ultra-hardliners demanding that the nation’s founding documents support stricter adherence to the “rulings of Sharia”.

The Muslim Brotherhood has shown small signs of softening away from Islāmic totalitarianism. The Brotherhood refused to show support for the even more radical Salafis at a recent rally. Orthodox Muslims numbering in the thousands rallied but were unable to garner more support from the Muslim Brotherhood or the new President of Egypt, Mohammed Morsi. Bolstering hopes of a silver lining are reports that women have taken some small roles in the Brotherhood, although none are in leadership positions of their political branch, “The Freedom and Justice Party”.

President Morsi is under incredible pressure not just from the hardline Islamists but from the secular liberals in the country who are demanding accreditation to spur international investment. If the country can attract outside capital then it might help make goals Morsi has targeted including unclogging traffic, garbage collection and job creation. Morsi undoubtedly knows that citizens with their most basic needs met will be unlikely to polarize towards ideologies that are destructive to his goals. Right now he is failing and if he continues to fail he will be replaced.

Any nation that places one half of its entire population under the thumb of the other half is bound to breed violence among its citizens. There will be no change in government until the culture changes first. You can depose a thousand tyrants, but more powerful to a culture is the impact of a teacher on the mind of a child.

Take the story from Pakistan of Malala Yousufzai. The 15-year-old girl is an outspoken advocate of education for girls in her country. Her initiatives to educate young women earned her the ire of the Taliban who gunned her down in a car while she rode home from school for her activism. Malala’s plight might have gone unnoticed in an insulated world preferred by the Taliban But in a world of Internet-empowered truth seekers, the story of Malala spread quickly among concerned citizens and human rights activists everywhere. In four short weeks the Pakistani girl has healed swiftly and seems on the road to a full recovery. Her story has engaged millions who have rallied in support of her and for the rights of women in bondage to similar theocracies around the world. An estimated 32 million women are not allowed to attend school because of prohibitions against it in the teachings of Islam.

United States Senator Rand Paul has made the girl the subject of his campaign to end foreign aid to terrorist groups such as the Pakistani Taliban in hopes of raising awareness of the issue. The freshman senator from Kentucky highlighted her story in hopes that American citizens would not be forced to pay for the subjugation of the Pakistani people by propping them up with foreign aid. Paul echoes the sentiments of many Americans who wish not to have their tax dollars fall into the hands of regimes hostile to liberty and basic human rights.

How can modern nations deal with the threat posed by those who will not yield unless their vision is forced on the world? Communism was a formidable foe, but it was no match for a healthy, thriving Western society based on individual rights and personal freedom. The Berlin Wall’s days were numbered as soon as it was erected. But how much longer will the walls that separate East from West today last? What could be the key to unlocking the secret of mutually friendly relations with Islāmic nations while still asserting our principles of individual rights? How can you make peace with a culture whose fundamental tenets declare that only Muslims can be full citizens? How can there be a breaking down of walls and peaceful interactions when there is an inherent quality of inequality? And how can the West pursue peaceful solutions to ending human rights abuses?

The West can pursue them by speaking out and denying foreign aid to regimes hostile to liberty. We didn’t fund the Soviets when they were oppressing their people. We didn’t give them the ammunition they needed to shoot their citizens fleeing across The Wall in the back. Likewise we should not be sending money to foreign nations where regimes use their bullets to murder innocent girls for their non violent attempt at equal rights.

Martin Luther King  Jr. wrote that “Injustice anywhere is a threat to justice everywhere…” If there is injustice on the other side of the wall, then it is up to us who are free to speak out against it. It’s time for citizens of the world to stand against radical Islam and say enough is enough. Liberty and Sharia cannot coexist. Stand for secular government. Stand for Malala Yousufzai. Stand for equality.

To the Nation of Islam from a citizen of the West:

Tear down this wall.

What are your thoughts? How can the Arab Spring be influenced towards more personal liberty and equal rights for women? Are human rights universal? How can we bring about peaceful solutions for change? Leave your thoughts below.

Death and Intervention in Syria

Is it time for the States to secede from the Union?