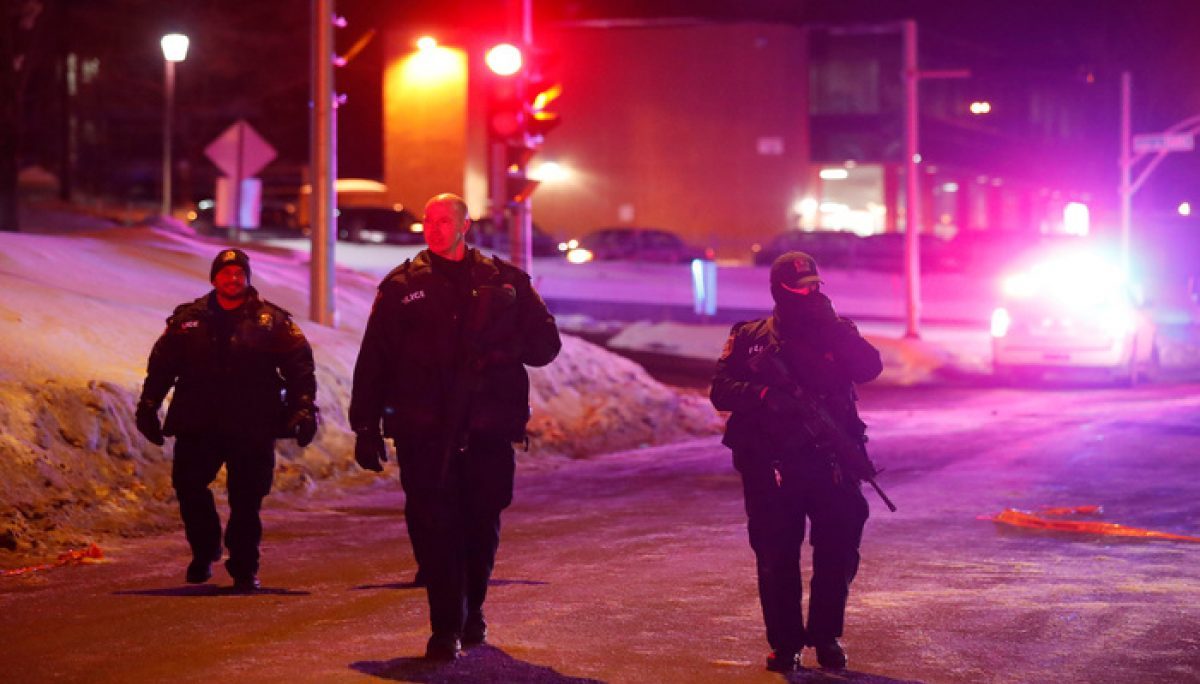 One of the two assailants of a mosque in Quebec City, Canada who killed at least six people last night has been identified as Mohamed Khadir, according to the Royal Canadian Mounted Police and a local television station, TVA Nouvelles.

The station identified the second accomplice as Alexandre Bissonnette.

It is unclear how the attack is anti-Muslim in nature since assailant had an Arabic name.

A spokeswoman for the RCMP told the Daily Caller News Foundation she believed the television news report naming the two alleged assailants was “accurate.”

A member of the Mosque cautioned people from jumping to conclusions. “Please wait for the preliminary result before spreading rumors” tweeted one member of the mosque.

Sunni and Shiite sects of Islam have opposed each other for centuries and often violently.

In Iraq, violent attacks have been launched by both sides against their fellow Muslims, often attacking places of worship, weddings and even funerals.

Couillard ordered all flags to be at half-staff and crowds arrived at the scene with flowers and candles.

Physicist: Academia Shouldn’t ‘Tell Society How To Run Itself’ If It Wants Trust