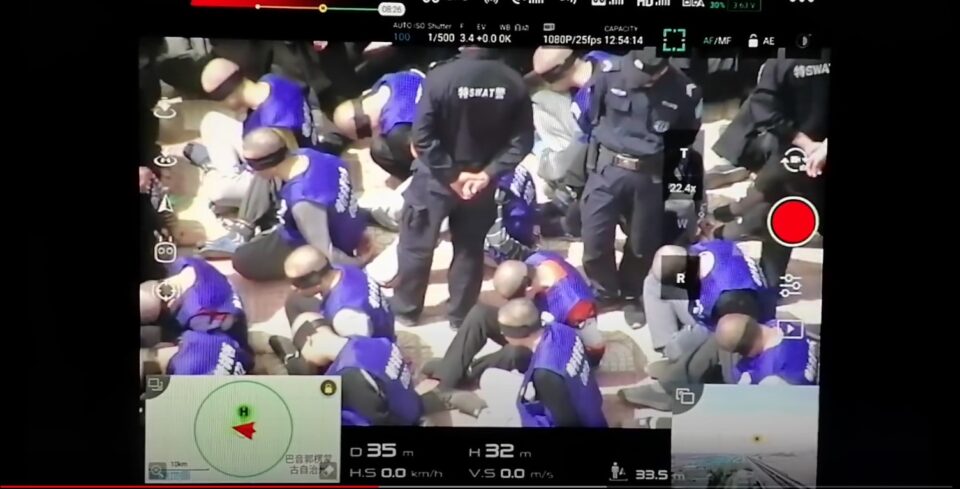 “Countries like the U.S., the U.K. and France have established deradicalization centers or correction centers,” Zhang said during a European Policy Centre webinar, adding that China’s camps were critical in fighting terrorism. “China’s measures are not entirely different from theirs.”

China has established camps throughout Xinjiang, a mountainous region in the western part of the country home to its minority Uighur Muslim population. Hundreds of thousands of Uighurs have been put in camps, leading governments and organizations around the world to accuse the Chinese government of multiple human rights violations.

The communist government has installed mass surveillance systems throughout across the region and in the camps and has been accused of forced sterilization on those detained there. In February, BBC reported that Uighur women were subject to rape and sexual abuse throughout the centers.

The U.S. in January declared that China was committing genocide against the Uighurs, followed shortly by Canada who did the same.

Freedom House, a non-governmental organization that tracks civil liberties, human rights and democracy across the world, gave China a 9/100 regarding global freedom for its citizens in 2020. The U.S. scored an 83/100, while France, the U.K. and Canada scored a 90, 93 and 98 out of 100, respectively.

Despite the international condemnation over its camps and widespread accusations of disregarding basic human rights, Zhang defended China’s camps.

“Issues facing Xinjiang are about fighting terrorism, extremism and separatism, not human rights violations,” Zhang said. “The past four years have not seen a single terrorist attack in Xinjiang. People feel much safer, they can sleep tight at night.”

4 Rooms You Can Create in Your Basement