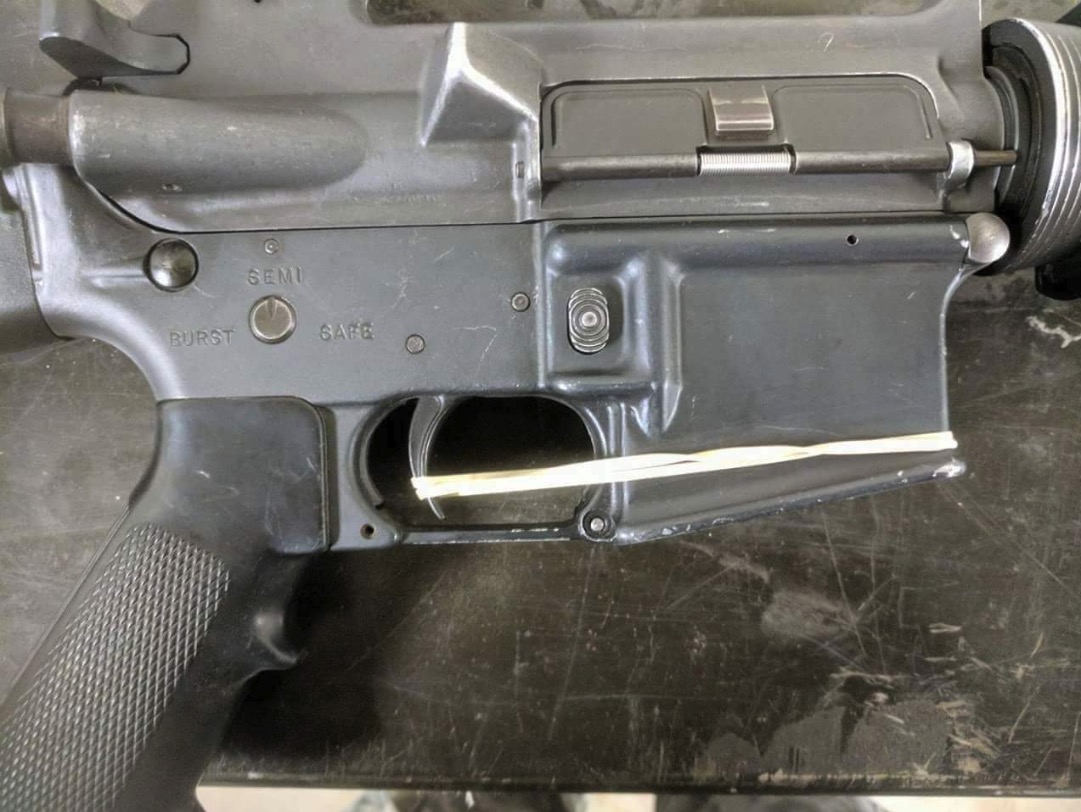 Commander in Chump is at it again with a “bump stock” ban. Trump is demanding that Americans who lawfully acquired the accessories must destroy them within 90 days, or turn them in to the Bureau of Alcohol, Tobacco, Firearms and Explosives.

Today the Justice Department finalized its ban on bump stocks, which Acting Attorney General Matthew Whitaker claims merely “clarifies” federal law. It actually rewrites federal law, a function the Constitution assigns to Congress. Whitaker also wants us to believe that the bump stock ban shows “President Donald Trump is a law and order president.” To the contrary, it shows he is a president who ignores the law whenever it proves inconvenient.

The final rule defines “bump-stock-type devices” as “machineguns” under the National Firearms Act of 1934 and the Gun Control Act of 1968 “because such devices allow a shooter of a semiautomatic firearm to initiate a continuous firing cycle with a single pull of the trigger.” That understanding of the law contradicts the plain language of the NFA, the position repeatedly taken by the Bureau of Alcohol, Tobacco, Firearms, and Explosives (ATF) during the Obama administration, and the interpretation endorsed by both supporters and opponents of a legislative ban.

Trump’s order will do nothing to increase the safety of the American people. Bump stocks were completely uninteresting to the gun community… until they were going to be banned! Now speculators and profiteers can turn a buck with the increased interest in the item and the prices will only go up. Now everyone wants one.

“We anticipate that the general public will be compliant with the law. To the extent someone chooses not to comply with the law, we will treat this as we do with all firearms offenses. We will prioritize our resources to maximize public safety, focusing on those that pose the greatest threat. We will enforce the statute based on the circumstances of the individual case as we do with all firearms law.”

and went on to say…

And already the sycophants are out in force online to support this stupid, tyrannical decision. 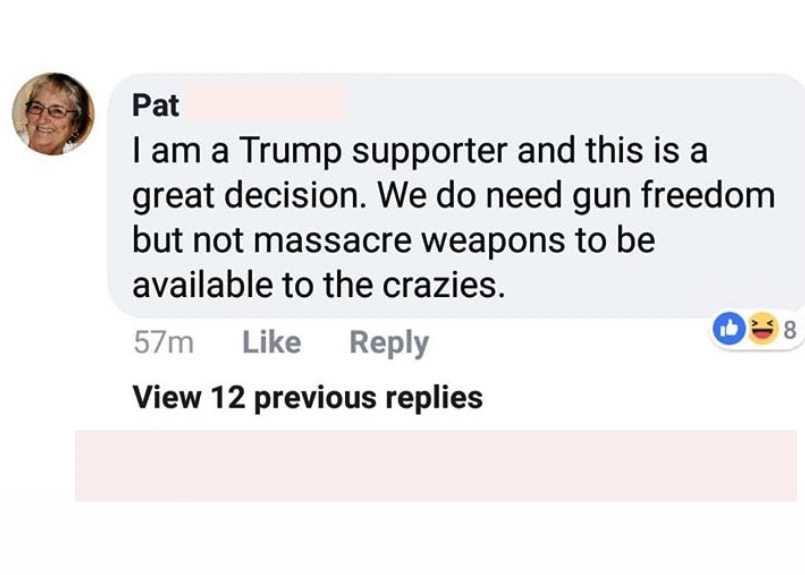 Thanks for your input, Pat. We wouldn’t want to let any “massacre weapons” to be laying around. If you could get off your knees in front of the man then your fellow countrymen would appreciate it. We know you’d support ANYTHING the man does, even if he burned the Constitution in the rotunda.

Thankfully not all Trump supporters were this way.

1) build the wall. 2) DO NOT INFRINGE ON THE SECOND AMENDMENT (NO BUMP STOCK BAN)! Do these two things and you won’t even have to campaign in 2020 we’ll put you right back in. Stay strong. God bless

But the kind of people who DO really support this are the type of people who would never vote for the president, so this move makes no sense even politically!

Well that took 50+ people being killed and almost two years of foot-dragging, but at least it's a baby step for an administration that's so beholden to the Russia-funded @NRA https://t.co/ZjKGzvaE1T #NeverAgain

“These are the times that try men’s souls…”

The bump fire stock is a novelty, and does not make a rifle more lethal. In fact it can actually make it less deadly as its fire becomes unpredictable.

Because because bump stocks use a weapon’s recoil to allow the user to fire rapidly and repeatedly, the use of a bump stock makes the weapon more difficult to control when firing. This decreases the weapon’s accuracy, which depends on a weapon’s steadiness.

Bump firing is a method, and that method is not intrinsically tied to any one firearm accessory such as the one that is in question here.

Do you have jeans with a belt loop? You can bump fire.

And truth be told, you don’t even need a belt loop. You can bump fire easily by putting the rifle up to your shoulder loosely, and holding your trigger finger steadily as seen below.

Or how about this method?

You can't ban rubber bands, and this costs so much less than a bump stock too. See just how dumb this law is? pic.twitter.com/ASQUJkfKfu

The Department of Justice knows this can be circumvented easily, and some of them have to be laughing to themselves over this.

“The rule addresses bump-stock type devices,” a senior official at the DOJ said. “It does not extend to firing techniques that are accomplished without mechanical devices such as a bump stock.”

Great! So at least we won’t be felons just for doing what these gentlemen in the videos above did. We’ll just be felons if we have a piece of plastic that does it for us.

At least the Gun Owners of America 2nd Amendment defense group has committed to filing a lawsuit.

The two main issues with @realDonaldTrump's bump stock ban are: 1) He can't do it, and 2) It's silly. Let's not trample over both the Constitution and the APA for a useless compromise. Can't wait to help fight this one. @GunOwners https://t.co/mzxRuGmN9K#CATOScotus #2A

As many of you may know, resisting the unconstitutional bump stock ban was a cornerstone of my previous US senate campaign in Missouri in 2018. It pains me to see this happening, and to be powerless to try to stop it, knowing that I may have had a chance to. Our campaign even gifted a bump stock to a lucky citizen, who now is faced with the prospect of becoming a felon, unless there should be an unfortunate boating accident or something and it was lost.

“When they give us that inch, the bump stock ban, we will take a mile”
-Delany Tarr, M4OL

It’s time to see where the NRA really stands: With American Gun Owners or the Trump Administration

As it is, I think this weekend may be a good weekend for Americans of all stripes to go shooting, in solidarity with the 2nd Amendment. Let’s all go out together and talk about what this ban means, how it was done (by fiat not legislation), and how we can stop things like this in the future.

Notably, many large voices in the gun community are very silent on this issue. Take note.

“We must all hang together, or we shall most assuredly hang separately.”

FACT CHECK: Trump Says That Health Care Premiums Are Dropping Under His Watch