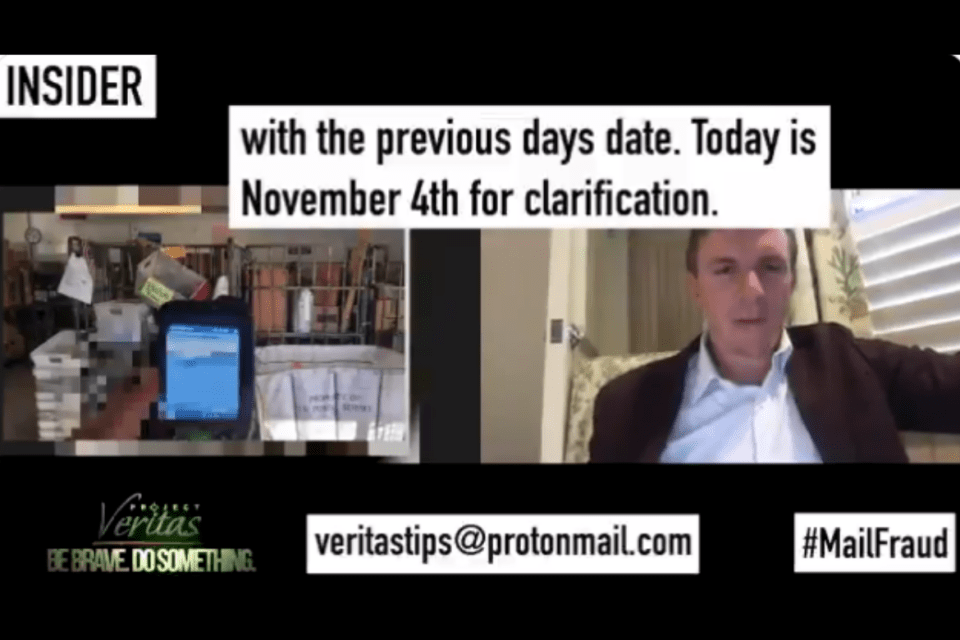 The anonymous witness claims he is a postal worker at the Barlow branch of the Traverse City, Michigan USPS. The whistleblower says his direct supervisor, Jonathan Clarke, handed down an order at about 10 a.m. Wednesday morning (November 4th) to collect any and all late ballots and fraudulently postmark them for November 3rd.  Presumably the order was meant to circumvent the Michigan law which states that ballots must be received by 8 p.m. on November 3rd in order to be legally counted.

Assuming the witness testimony is credible, it is still unclear whether Jonathan Clarke, the postal official who gave the order, is simply a rogue actor or if he was following orders from higher up.

What is happening in Michigan is beyond corrupt.

A whistleblower within the @USPS says he was ORDERED by his supervisor to ILLEGALLY BACK-DATE newly found ballots to November 3rd, 2020.

And another in Pennsylvania…

This development in this historic 2020 presidential election, if true, is big enough to stand on it’s own journalistically, but this new Project Veritas story begs a far more provocative question.

Why is nobody pointing out the inherent conflict of interest concerning the USPS and the Presidential Election?

Earlier this year, the USPS made headlines when there was talk of President Trump privatizing our country’s Postal Service. Trump and political figures like him are an obvious existential threat to the livelihoods of postal workers across the nation. Right or wrong, the USPS has a vested interest in the outcome of a presidential election. In an election year where over 100 million mail in ballots (more than 2x the 2016 tally of mail in votes) are passing through USPS hands behind closed doors, this is an especially heinous oversight.

The Limits on Governing in a Biden Presidency