A professor is being told by police that he is no longer safe on his campus.

Bret Weinstein, a biology professor at Evergreen State College in Washington, explained, “I have been told by the Chief of Police it’s not safe for me to be on campus.” He explained to KING 5 that he has been mislabel a racist for bring up his concerns to policy changes at his university, one of which that would allow race play a larger role in the hiring process.

“When one opposes these proposals, what happens is one is stigmatized as ‘anti-equity’ and because I am light-skinned the narrative suggests I’m a person who has benefited from privilege and that I’m trying to preserve that privilege in the face of a legitimate challenge,” said Weinstein.

An administrator confirmed the police department advised Weinstein it “might be best to stay off campus for a day or so,” reported KING 5.

The situation has become so bad that the professor took his biology class off campus and too a local park. His students, according to KING 5, said they do not consider him a racist.

As many as 200 students filled classrooms and the President’s office on campus on Tuesday and Wednesday, and many have called for Weinstein to resign over his position, according to KING 5.

One student however, Marissa Parker, one of the protesters, heard Weinstein was advised to stay off campus, she responded, “If he feels unsafe or frightened for two days, he can only imagine what black and brown bodies have feared for years.”

Obamacare Rates Expected To Increase By 23 Percent In North Carolina 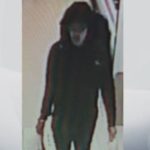