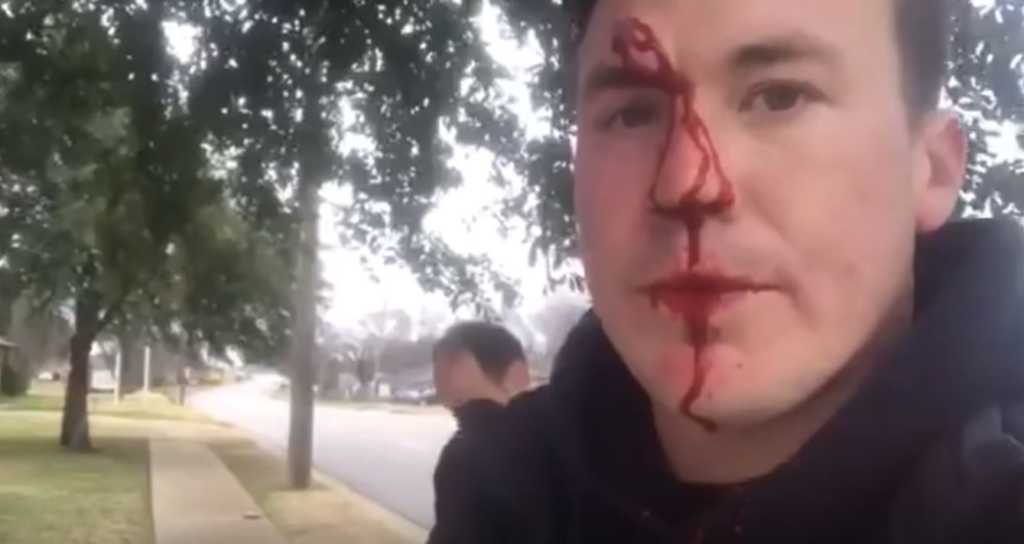 A pro-life activist in Fort Worth, Texas is now recovering at home after being severely assaulted by a man who took issue with his ministry outside an abortion clinic. Since June, “Abortion Clinic LIVE” founder Ryan Roberts has been going to Whole Woman’s Health in Fort Worth in an attempt to save the lives of unborn children. That’s exactly what Roberts was doing last Friday when he was attacked and the entire incident was caught on video.

Mark Dickson, pastor of of SovereignLOVE Church was with Roberts when the attack took place, and gave an account of the assault. “Those of us who stand on the sidewalks of abortion clinics, and who reach out on a regular basis go through a lot,” said Pastor Dickson, who also serves as a director with Right To Life of East Texas. “Not everyone likes what we say and not everyone likes what we do. Sometimes we see them respond violently.”

Dickson goes on to explain, “In the video, you will see a man arrive at Whole Woman’s Health in Fort Worth. He was not there to drop off or pick up anyone,” Dickson further explained. “He just saw us on the sidewalk and decided to stop.”

It is clear from the video that Roberts was not threatening or aggressive in any manner, and that the attack was completely unprovoked. All  he was doing is saying, “Jesus loves you and Jesus loves your baby” to everyone who passed by, including his attacker. This seemed to enrage the attacker, who threatened the lives of Roberts and his family before getting out of his truck and punching him in the face. The entire ordeal was recorded by people with Roberts.

“What you see in the video is our entire interaction with this man. Yet that interaction led to that man stopping in the middle of the road, getting out of his car, and punching Ryan Roberts several times in the face. All for sharing about Jesus Christ.” Dickson said.

The attack clearly stunned Roberts, but it didn’t stop him from spreading his message. In fact, it had the opposite effect of what was intended. Emboldened, Roberts took a few seconds to regain his composure, and then continued telling people Jesus loves them and their unborn child even more loudly.

“Jesus loves you so much! I just got assaulted out here by a random man who drove by. You should see my face. I am covered in blood. But it’s okay. Because Jesus was crucified. He was beaten and bloodied. For you. Because he loves you. And He loves that little baby too!” said Roberts.

Roberts also said he shocked by the man who attacked him, in particular, because he claimed to be a Christian as well. “Of all the people who I thought would assault me out here, it was not that guy,” Roberts explained. “That guy had Jesus stickers all over his truck. It was crazy.”

Nothing like getting snuggles from your baby girl after getting beat up for trying to save other baby boys and girls. What a day today at the Abortion Clinic. AbortionClinicLIVE.com

Dickson revealed that when he and his companions preach their message in such an emotionally charged environment, they are never sure how some people might receive it.

“When we are ministering at the abortion clinic and someone approaches us, we do not know if they are going to be for what we are doing or against what we are doing,” he said. “All that we know is that inside that clinic, they are murdering babies. We are there to proclaim the Gospel of Jesus Christ and to try to save as many of those babies as we can.”

Dickson also said that the suspect has been identified by the Fort Worth Police Department, and that charges are being filed in relation to committing a religious hate crime.