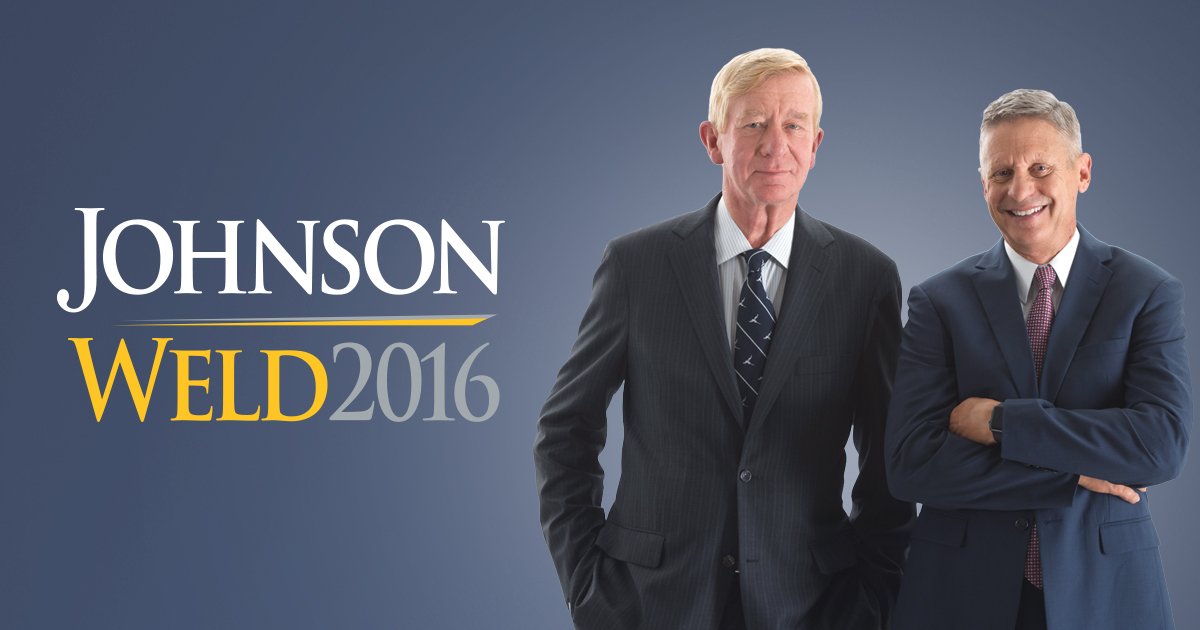 Governors Gary Johnson and William Weld likely represent the most pro-gay rights ticket in American history. This is in large part due to their record. While the Democratic Party positions itself as a defender of LGBTQ Americans, the Libertarian Party and its ticket has done so for much longer.

For example, neither Hillary Clinton nor Tim Kaine supported same-sex marriage until 2013. Clinton famously defended marriage as between “one man and one woman” on the Senate floor in 2004. In 2003, Kaine similarly said “Marriage between a man and a woman is the building block of the family and a keystone of our civil society.”

Meanwhile, Johnson and Weld have long been defenders of gay rights and marriage equality. The executive order by then-Governor Weld in 1992 of a measure allowing state employees to register as domestic partners “for purposes of bereavement leave and visitation rights in state prisons and hospitals” is considered one of the first significant steps toward eventual equality in the United States.

Additionally, the Massachusetts Supreme Court became the first American high court to rule same-sex marriage a right in 2003. The Chief Justice in that decision was first appointed to the court by Weld. In 2004, Weld stated that he supported this decision and same-sex marriage as a whole.

Johnson stated in late 2011 that “it has become clear to me that denying those rights and benefits to gay couples is discrimination, plain and simple.” In early 2013 (months before Clinton changed her position), both Johnson and Weld signed onto a brief urging the Supreme Court to recognize marriage equality.

Contrary to the aforementioned Democrats, Johnson and Weld haven’t favored protections for the gay community in order to score political points. On the contrary, they took these positions within the much more hostile Republican Party.

Watch the ticket discuss their record on gay rights below:

Economic and Military Collapse, Courtesy of Trump and Clinton