Considering that the U.S. national debt is close to $20 trillion and unfunded liabilities exceed $100 trillion, it’s extremely unlikely that that money can ever be repaid. As both those numbers continue to grow, at some point other countries will realize that they will never get back the money they’ve lent the U.S. and simply stop lending money. Once that happens, the U.S. government will have one less revenue stream for funding the welfare-warfare state. Since there is no way to tax enough money to match the current budget, the only other option would be to print money.

Donald Trump has suggested printing money as a way to pay off the debt. If this is attempted, either to pay off the debt or to fund the federal budget, the result will be hyperinflation, a massive decrease in the purchasing power of the dollar due to excessive printing of money. What follows will be a spending frenzy caused by the loss of purchasing power driving up prices; everyone will try to buy what they need before their money loses any more value and prices rise even further. The Federal Reserve will attempt to keep pace with the spending by pumping out even more money, creating an ever-increasing cycle of destruction that will eventually collapse the economy.

After the collapse occurs, all welfare and Social Security checks would stop being sent, leaving those dependent on them with no option but to hope their friends, families, or neighbors could help them. But because everyone will be suffering by that point, the ability to pull together will be severely restricted. Mass protests, rioting, and black market dealings in both goods and alternative currencies would likely follow. The poor, young, and elderly, who are the most likely demographics to receive government aid, would be the most vulnerable.

And what about foreign affairs, in which Hillary Clinton has played a huge, destructive role? When the dollar loses what remains of its value and no other countries will lend to the U.S., foreign aid will cease. Any allies that have become dependent on monetary or military support will be in trouble, and treaties will be meaningless. U.S. military bases around the world would shut down, missions (both peacekeeping and destructive) would end, and the countries that have suffered under decades of U.S. bombings and propping up of puppet dictators and terrorist regimes would have their chance at revenge.

The U.S. military, with no funds for weapons, ammunition, vehicles, or troops, would have a devil of a time defending the country against any attacks that might occur. Along with the chaos occurring on the homeland, efforts to maintain peace or security would likely be futile.

What then is the solution to this? Unfortunately, there is no easy answer, but there are some steps that could be taken now to soften the blow. Considering that the welfare state has been built up steadily over the past fifty+ years into the bloated nightmare it is today, the people dependent on it will suffer tremendously when it crashes, just as mountain climbers would suffer tremendously by falling from the top of a mountain.

To give these people even a chance of making it once the inevitable crash occurs, communities must become the caregivers of their neighbors in need, as was the case prior to the welfare state. Legal tender laws must be repealed, allowing alternative currencies to circulate and compete against the dollar so that some valuable money will be available once the dollar hits rock bottom. Those who support welfare programs must realize that opposition to them is based not on hatred of or a lack of compassion for the poor, but recognition that these programs have trapped more people in poverty than they’ve freed, and that they are unsustainable.

Restructuring the programs so that aid doesn’t automatically end once a certain income level is reached, the reason many get trapped, but instead tapers off gradually, is essential. This will allow those dependent on the system a chance at independence. They will then be able to gradually climb down to the base of the mountain instead of falling from the very top. Similarly, foreign aid must gradually be reduced, allowing countries dependent on it time to reach self-sufficiency. Hostile bombing campaigns; arming, funding, and training of terrorists; policing the world; and nation building must immediately end.

Surplus military equipment could then be liquidated and sold to civilians as a way to raise money and possibly pay down some of the debt. Those opposing this or believing that the U.S. must police the world have to realize that such activity is harmful both to the U.S. and the rest of the world, and that failure to heed this warning will result in a much worse catastrophe than what is currently happening.

Further, domestic spending on other matters requires a major overhaul. All laws regarding victimless crimes must be repealed, and everyone imprisoned for such crimes must be freed. Corporate welfare, excessive politician pay and benefits, regulations restricting competition, and other unnecessary spending must cease. There is much more that could be done, but this is a good start. To not have a fallback plan for the inevitable collapse of status quo spending and governance is to make the gravest of mistakes.

If this country is to survive, if global peace is a true goal of mankind, and if the American people are to ever live as prosperous and free as they once did, something has to change. 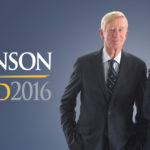 The Most Pro-Gay Rights Presidential Ticket in American History 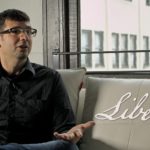