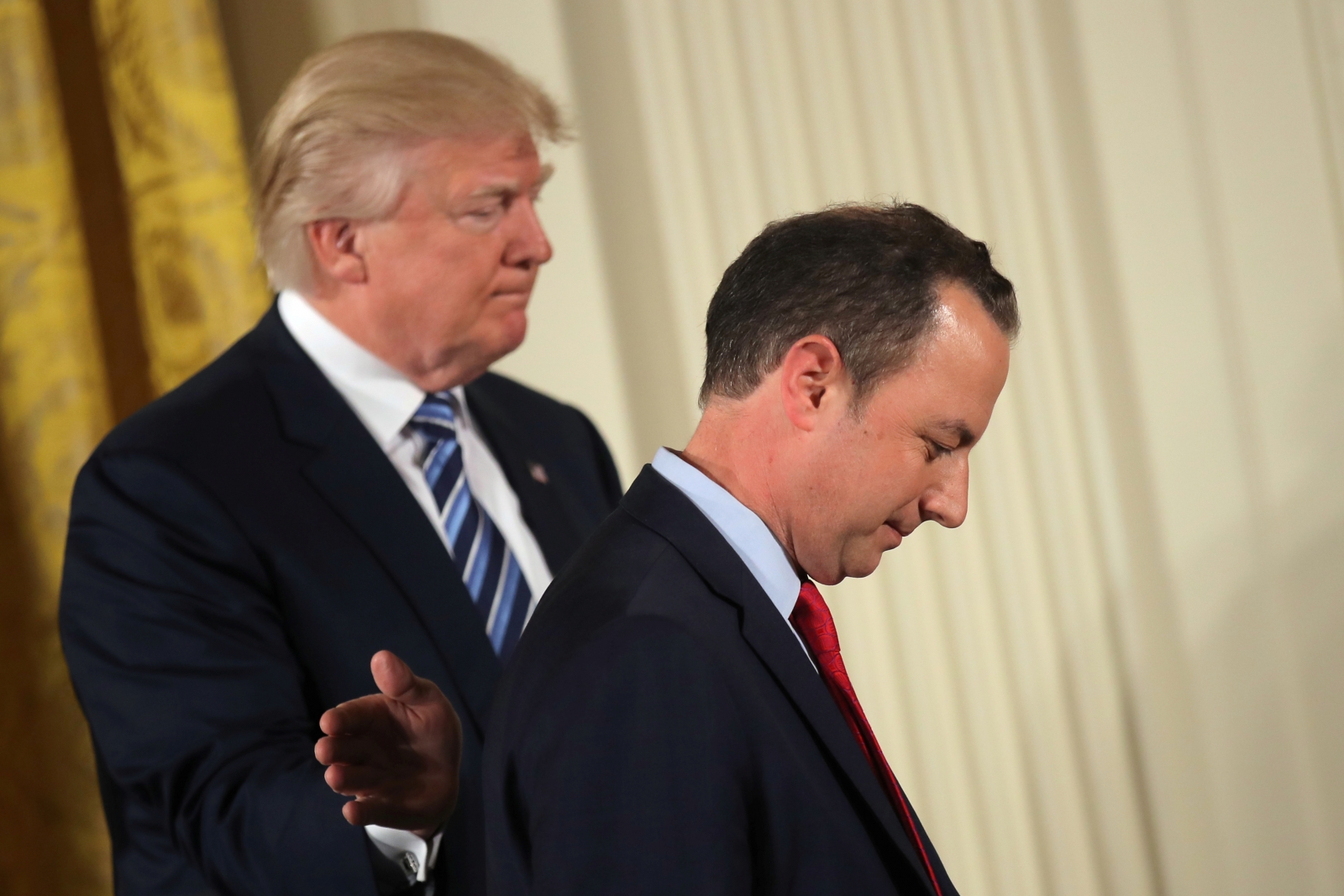 More trouble in orange paradise. The Washington Examiner is reporting that top Trump aid Priebus is now in the crosshairs after the latest in a twisting, turning chain of events took place causing more drama for the administration’s inner workings.

According to the report:

President Trump is mulling another shakeup less than a week after White House deputy chief of staff Katie Walsh suddenly abandoned her West Wing post, and this time top aide Reince Priebus is said to be on the chopping block.

Multiple sources close to the administration said Priebus has had a difficult time rebounding since last month’s healthcare debacle, for which one source said the president’s chief of staff was mostly blamed. The former Republican National Committee chairman was one of the earliest establishment figures to penetrate Trump’s inner circle.

Former campaign staffers have complained for weeks that Priebus and the allies he brought from the RNC were not sufficiently committed to Trump or his agenda and several have privately blamed Priebus for a series of high-profile failures that occurred on his watch, from the slow pace of Cabinet confirmations to the implosion of negotiations over the GOP’s Obamacare replacement bill.

“I don’t think it’s any secret that Reince is on the hot seat,” a GOP source told the Washington Examiner. “The fact that they’re even floating replacements makes it seem more imminent.”

This is just yet another sign among many signaling a lack of solidarity within the new administration’s internal workings.